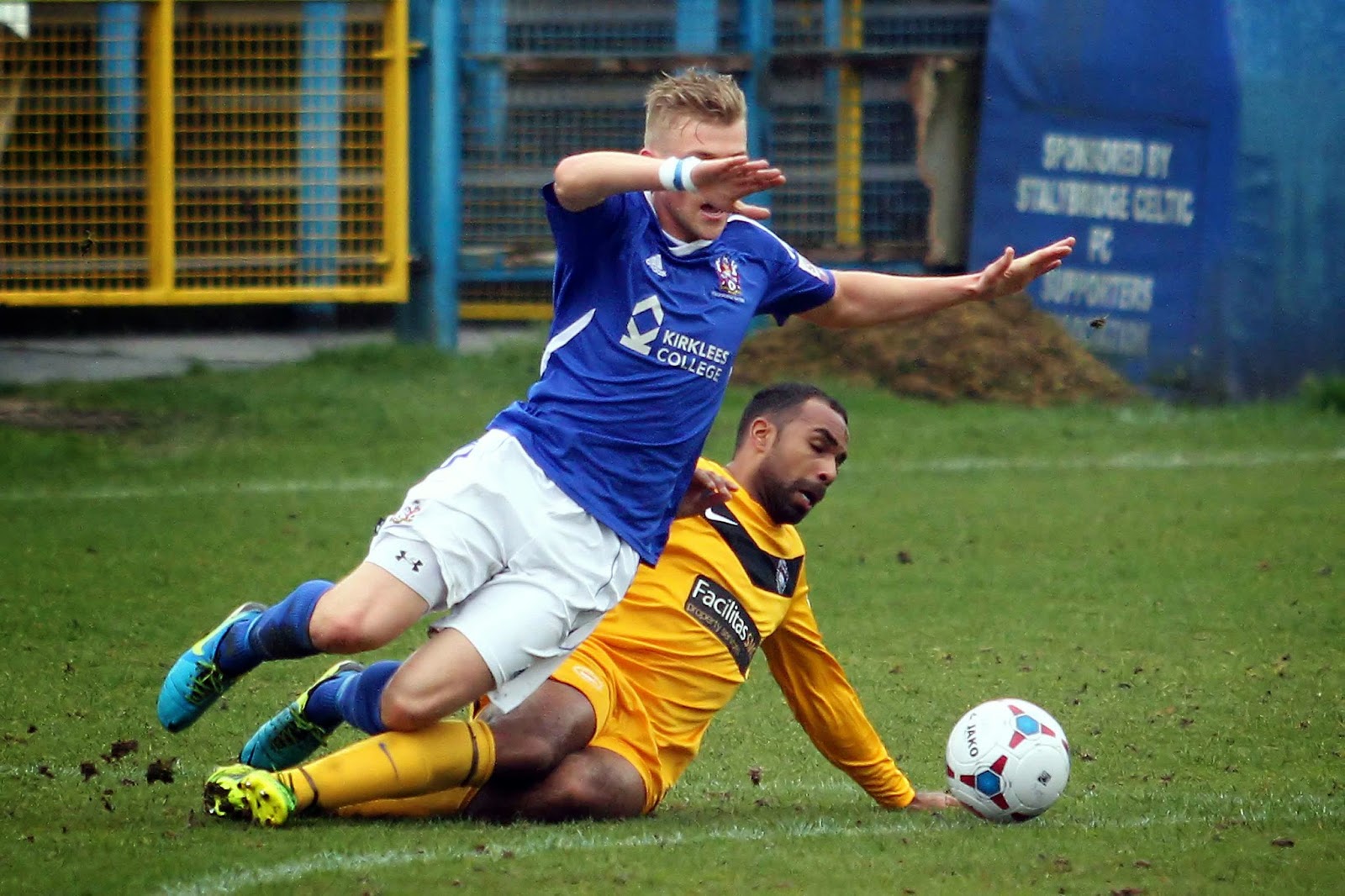 
There was an embarrassment of riches in Tameside yesterday ... Curzon Ashton (at home to Prescot Cables) could have been crowned Evo-Stik 1st North champions if they won and Darlington 1883 had lost at home to Radcliffe Borough - suffice to say both Curzon and Darlo won, meaning the champagne has to be kept on ice - maybe Monday night at Harrogate Railway (might try to scam a lift there ???).  Ashton United were looking to cement their postion in the Evo-Stik Premier play-offs with a game against lowly Ilkeston - suffice to say Ilson won 3-1 (although Ashton's nearest rivals Skelmersdale lost as well, so the position remains the same).  And finally there was Stalybridge Celtic v Oxford City - two teams in deep doo-doos at the wrong end of the Conference North.

I chose the Stalybridge game ... and to honest they dominated without ever looking like winning - until the 82nd minute when Paul Ennis broke the deadlock - but old habits die hard at Bower Fold (!!) and four minutes later Oxford claimed an undeserved equaliser - a real sickener to be honest.  In essence a draw was probably not much use to either team ... and the relegation battle continues.

Some pictures from the game at

(And yes ... my heart goes out to Droylsden after their game at Chorley yesterday - I'll say no more).
.