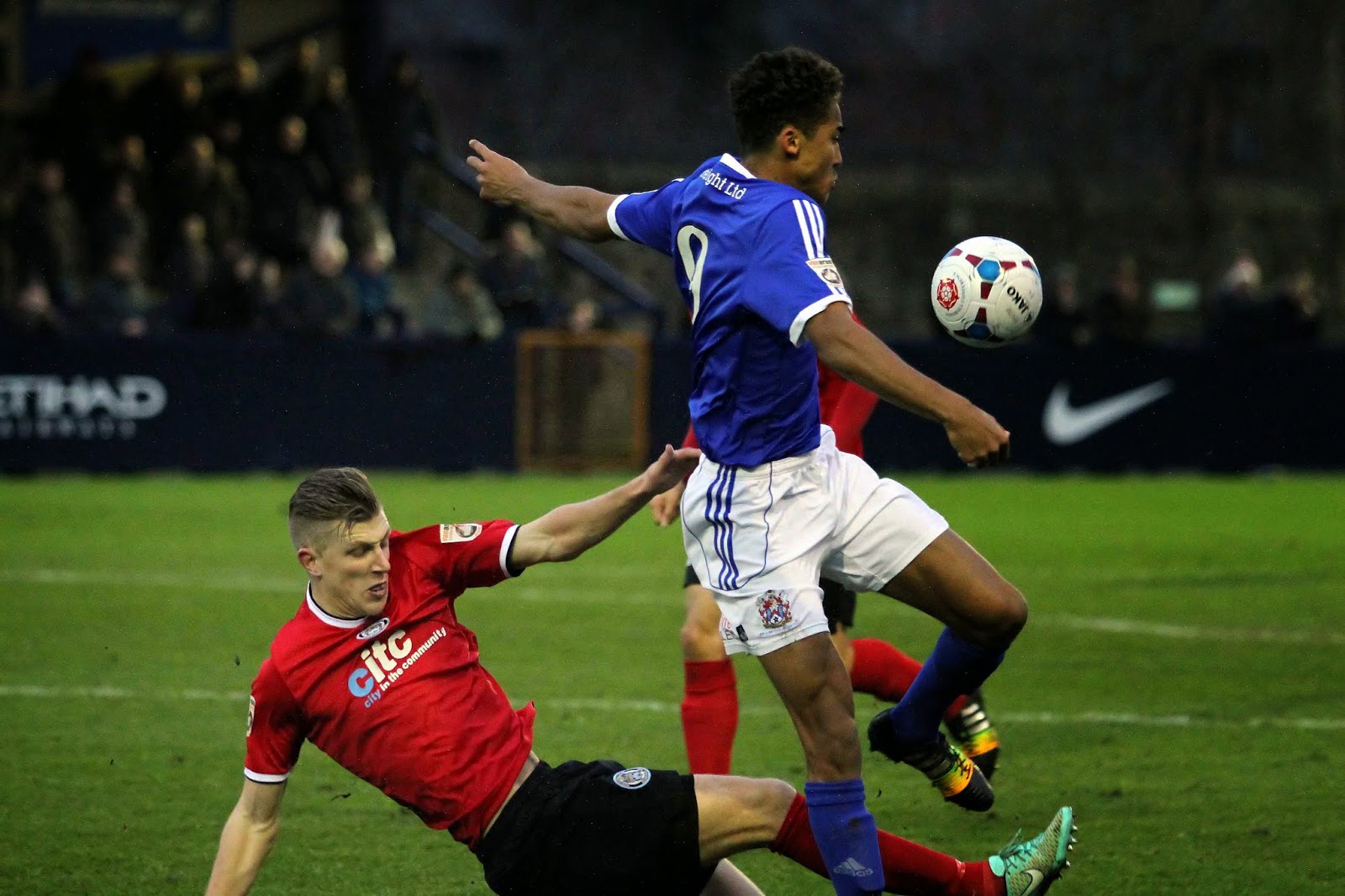 
Catching up ... and it's a big "THANKS" to Colin and Charlie Bond who enabled me to get to Hyde for the game ... and the game .. first half was definitely a case of "smash and grab" by Celtic as Hyde looked much the better team - even had one disallowed for offside -  and some great work by Celtic 'keeper Lewis King ...and then a couple of minutes before half-time Celtic took the lead after Dominic Calvert-Lewin put one in that Hyde 'keeper Connor Hunt did well to block .... but Kev Holsgrove was there to poke it in.

Second half - again Hyde started the stronger ... and got their equaliser ... but then DCL (it's easier !) scored two in two, which basically killed off Hyde.  A fourth goal from Charlie Ennis was followed by one red card for  Celtic's Matty Hughes (in the words of Arsene "Couldn't see it") and a second for Hyde.  However the team that wanted it, got it ... pics from game at

Yo Ho Ho - Merry Christmas etc- spoiled rather when I found out that my Dad had been rushed into hospital on Christmas Day evening - heart attack - as I'm updating this on 31DEC14 I can safely say that all is not bad - in fact he may be home today (need to check with me Mum) - I do have a day off work not only tomorrow (New Years Day) but also Friday (my weekly "day off" which they normally ask me to work - but this week ?? no.... work it out next week my "day off" will be a Saturday - and you can guarantee they won;t be ringing up to say "your day off is covered" !!!!).

I digress - obviously too much work = too little play ... but we did have a visitor on the 28th ... so I grabbed camera and shot with what I'd got ... the Christmas Squirrel ... 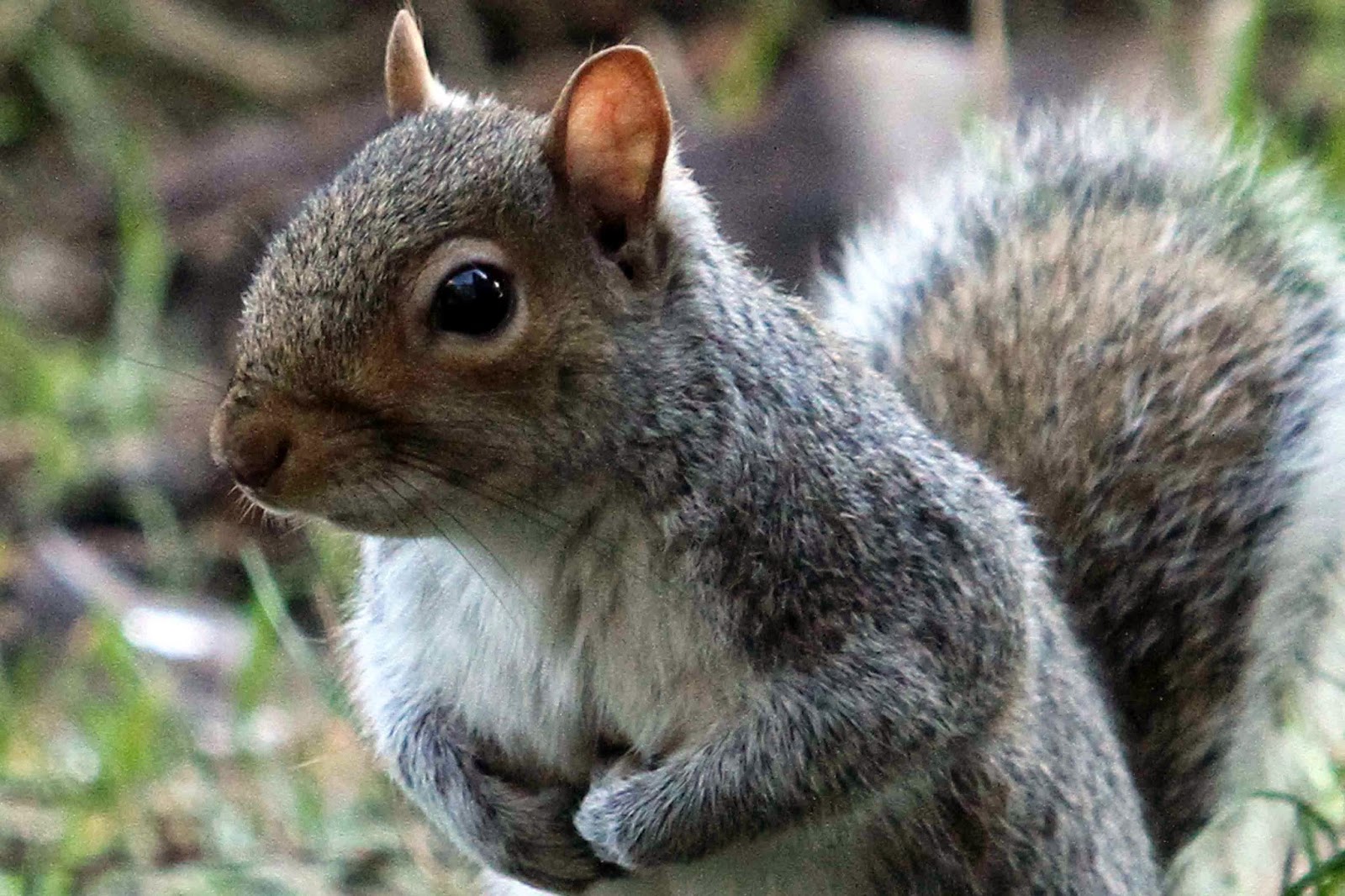 Tomorrow - New Years Day - I'll aim for the Mossley v Padiham game (cus I've not seen Mossley for ages !!!) - I know the temperature is UP tomorrow but the rain is similar ... so there are many options (the Ashton derby, the Stalybridge/Hyde return, Droylsden v Salford) - we'll see what the weather gives us.

And finally "HAPPY NEW YEAR" to all my readers - I know since the 'demise' of "Six Tame Sides" in it's purest sense, we've gone downhill a bit - but like everyone can realise ... time is not infinite - so you do what you can - and I'm trying to keep something going if nowt else !!! 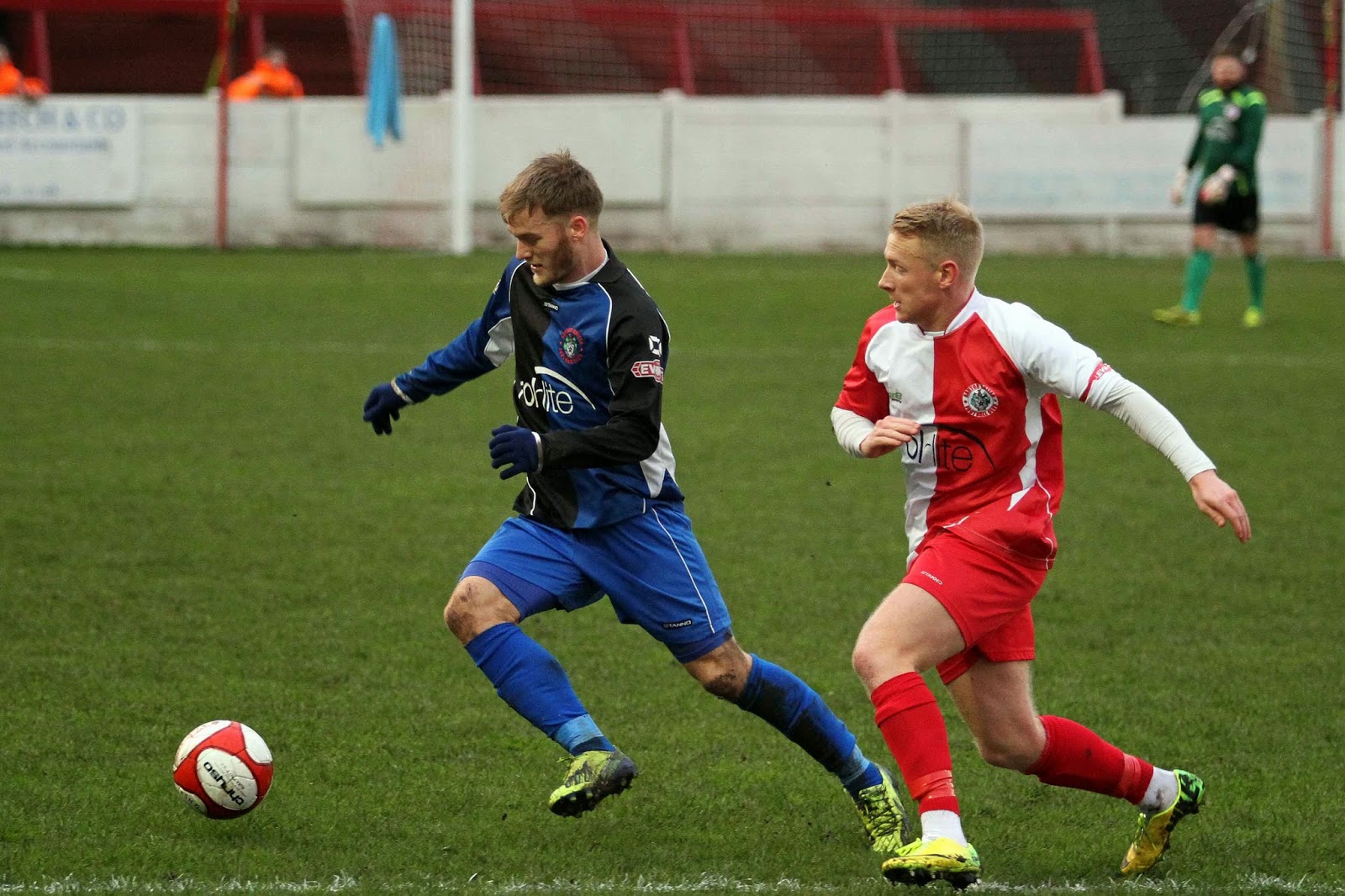 It's been a grim couple of weeks ... no football since 02Dec14 ... shifting hell on earth at the mail/parcel face thanks to Black Friday/Cyber Monday/Sprendthrift Tuesday etc etc ... and spent most of last week severely under the weather health-wise (while still staggering in for work !!). 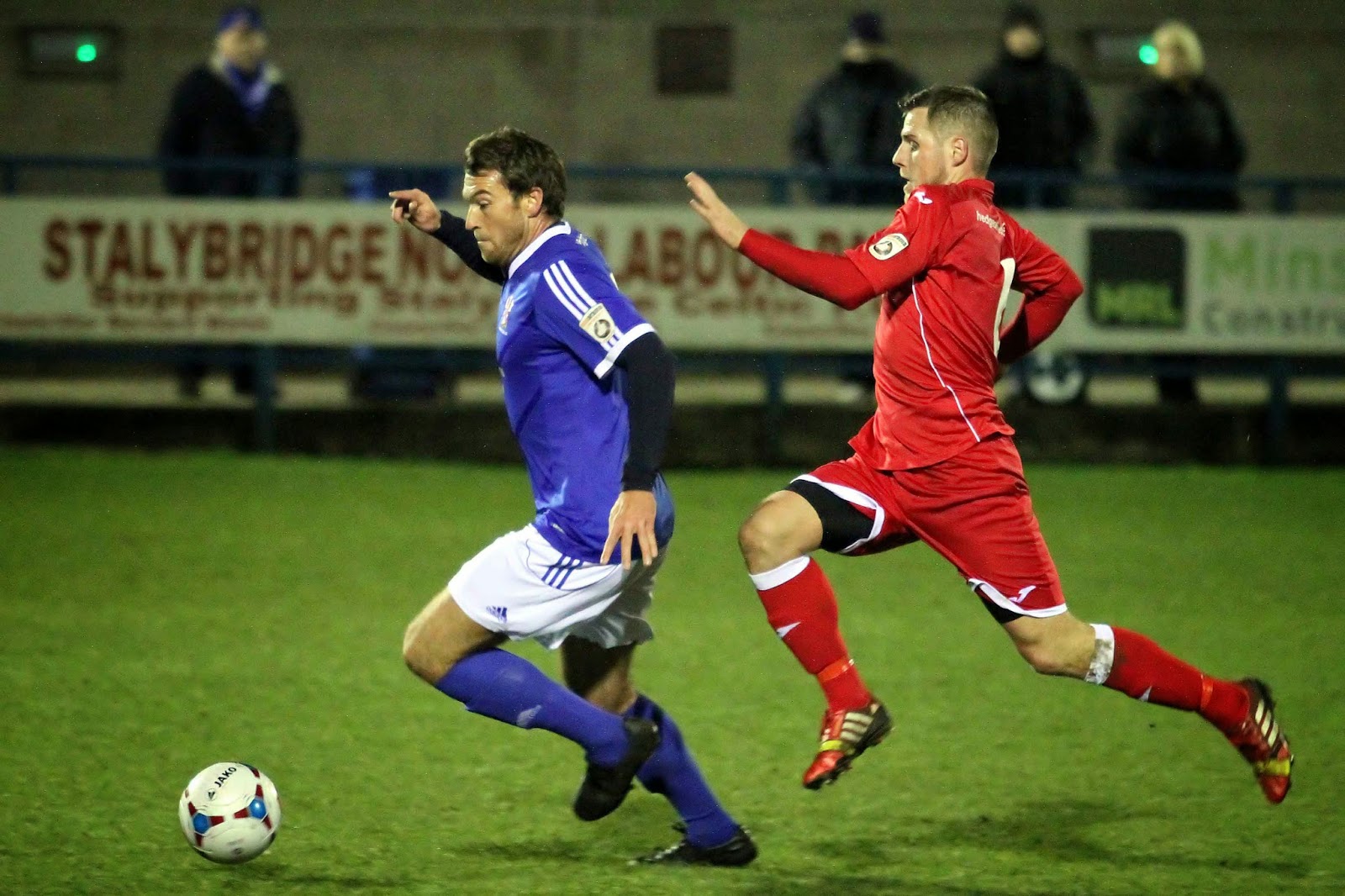 Kevin Holsgrove on the move ...

Obviously didn't go to the first game at Victory Park - so how Celtic came within two minutes of victory up there is beyond me. Sanity/Normality restored in the replay with Chorley running out comfortable winners.  Pics at

Apologies for the delay - it's been a long hard week at the mail-face - even finished late today (Saturday) - however I knew the Mossley/Spennymoor game was off.  I thought I might just get a good chunk of the Curzon Ashton/Frickley game - however was let down by Northern Rail (the 1436 train from Greenfield to Mossley was a princely 31 minutes late - so "Sod it" was the order of the day - spent the time sorting out tomorrow night's Quiz at the Britannia instead !).

Time to continue rest and recuperation ... before heading out for some Christmas shopping tomorrow ... before heading back into work on Monday at 0645hrs for another fun-packed week no doubt !!
.
Posted by Mike Smith at 21:42 No comments: