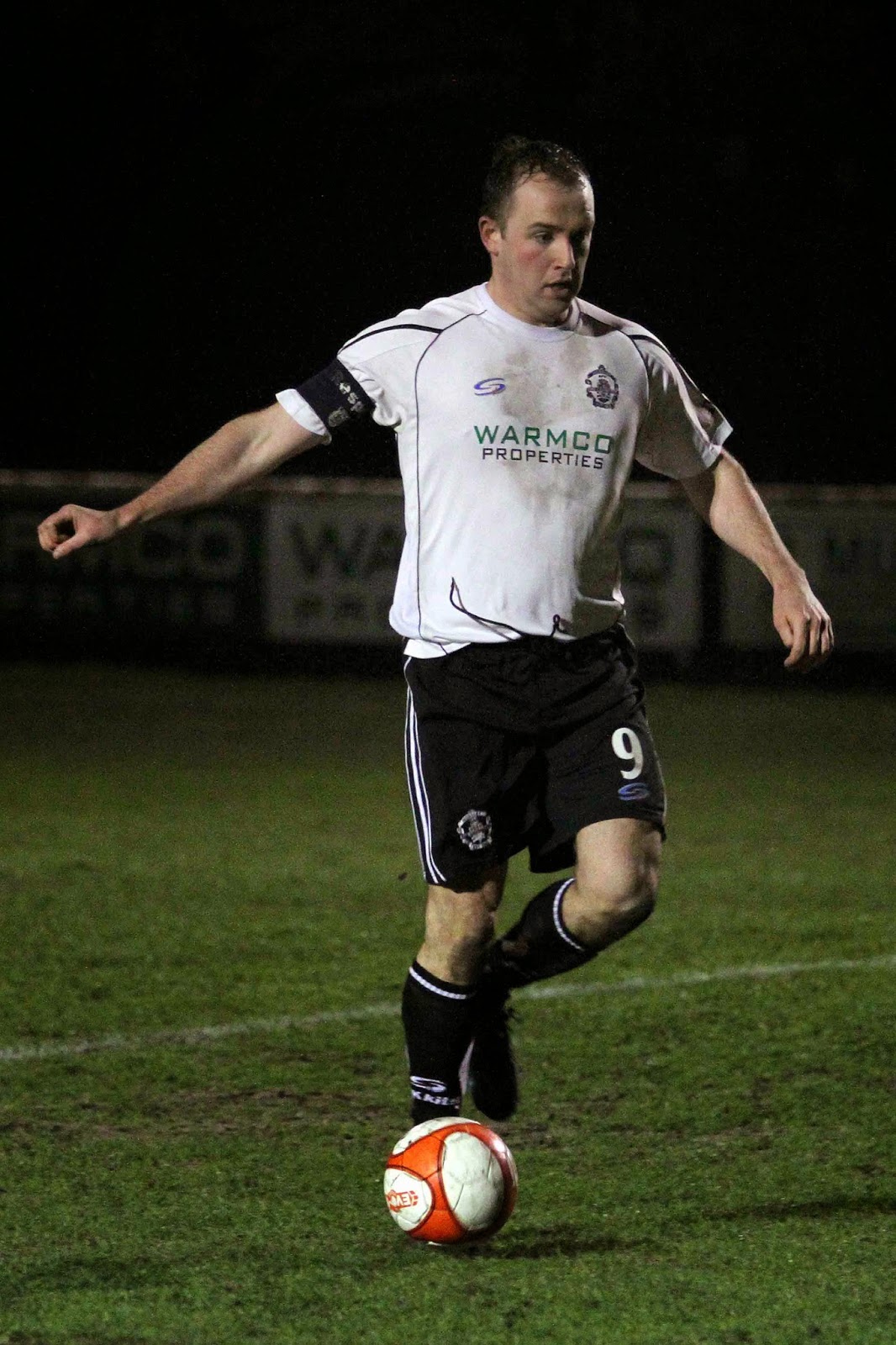 
Cold Cold Cold ... and that was at 0630hrs in the morning ... didn't get much better rain, sleet, more rain etc etc - you get the picture ... home to cook a special request from Mrs Smiffy - an Aubergine and Tomato Bake (made sure I did some meat on the side for me mind !!) - and then off up the (cold) road to (a cold) Seel Park to see if Mossley could continue their "Unbeaten in 2015" run.

No problem.  3-0 up at half-time (playing the "wrong way" !!) - 4-0 soon after (afraid I missed the fourth goal - I was being offered some Pussers Rum from a hip flask at the time - certainly helped to combat the cold - but at a price - sorry Rio !!!).  Late goal for Radcliffe messed up the "clean sheet" option, but another three points is good ... shame everyone else around is/are also winning - hey ho, just a question of keeping the momentum going and hoping for slip-ups elsewhere ... pics from the game at

Almost tropical at work today mind ... nearly 7 degrees !!!  Mrs Smiffy away so went for the Arsenal option ... hmmm
.
Posted by Mike Smith at 23:11 No comments: 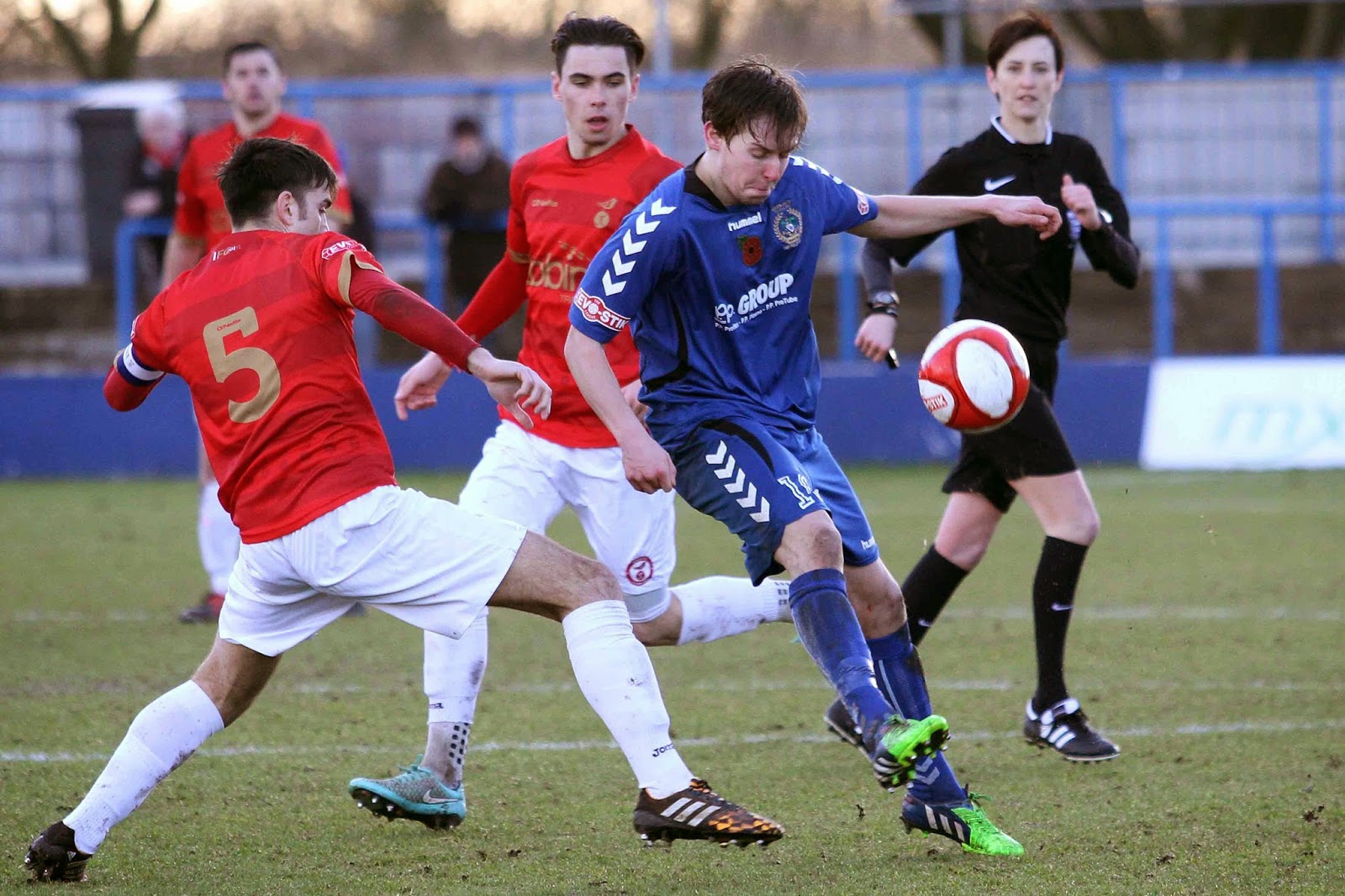 Finally a quick "well done" to Glossop North End who secured their place in the FA Vase Quarter-Final after an extra-time 3-1 win at Dunston UTS.  The now travel to Shaw Lane Aquaforce next Saturday ...
.
Posted by Mike Smith at 10:03 No comments: 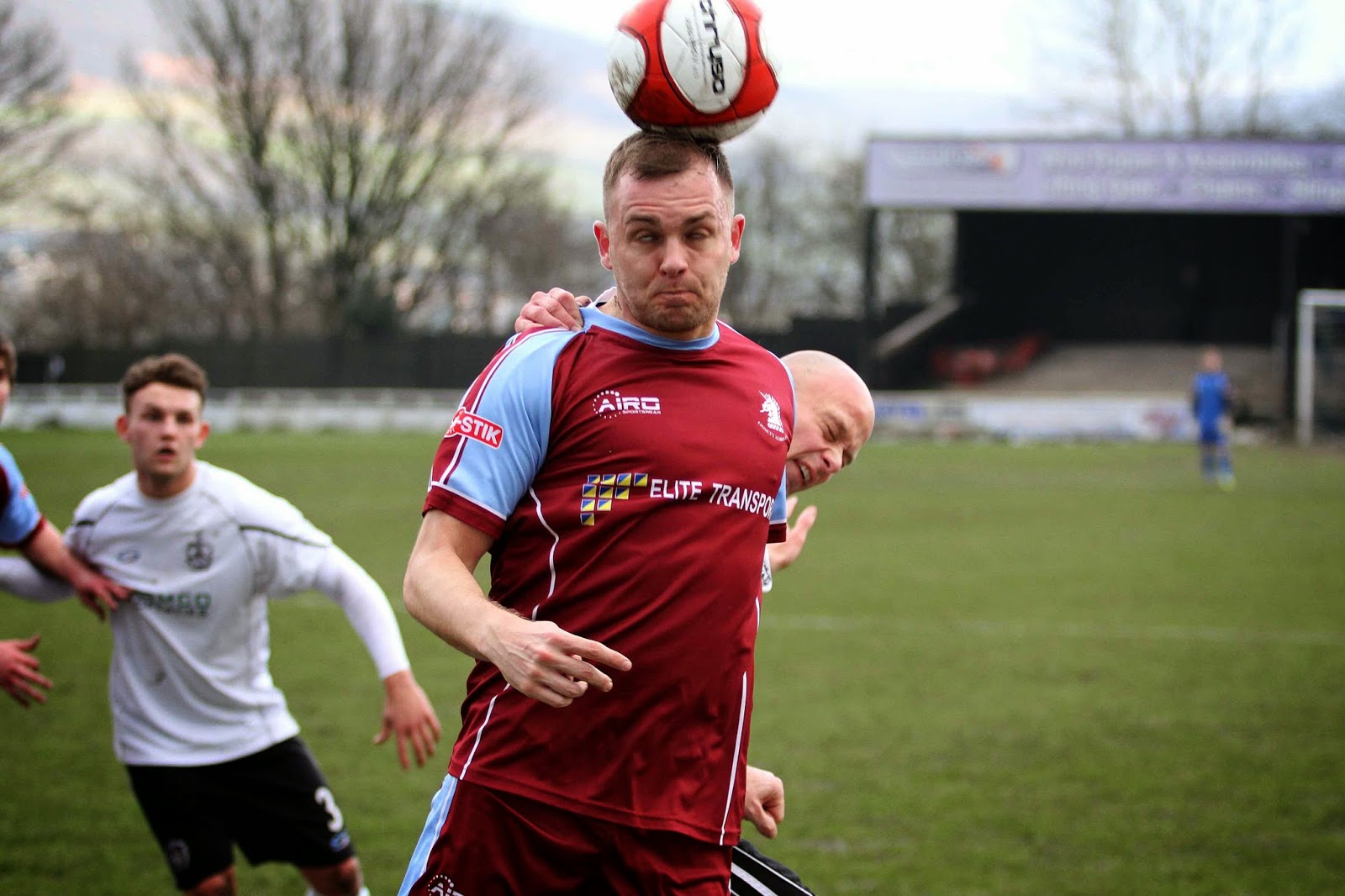 "The eyes have it" - man balances ball on head


... so we weren't allowed to listen to James singing "Ossett Town Osset Town Ossett Town Sit Down Next To Me".  A holiday Saturday for this postie .. so what happens ??? Too many local teams at home ... and an organised engagement in Rochdale in the evening.  Therefore thuswise so ... stay local (had it not been for the Rochdale "tryst", I'd have probably aimed for Newcastle Town v Stafford Rangers - but hey ho).  First thoughts after that were Stalybridge v Brackley (and sooo glad I didn't in the end !) - but ... I just got lazy (it's allowed surely ?!?) and had a late wake-up (luxury !!), bit of a tidy-up and then up the road to watch the game at Seel Park.

Mossley - unbeaten in 2015 - looked good for a comfy win on Saturday against lowly Ossett Albion (they were just above Ossett Town in the table !) - but no ... it was a lot harder than that.  A very even first half saw it goalless (my word to peeps in the club were "We'll walk it second half!)  - and sub Josh Granite (you've got to luurve that name for a big centre-back !) got up to put Mossley in front five minutes after the break.  Credit to Ossett mind - they kept plugging away (a couple of good chances denied by keeper and blocking defenders) - Mossley still had chances as well - some good work by Ossett 'keeper Brett Souter - but at the end of the day, 'twas three points for the home team - and the 2015 unbeaten run continues.  Pics from the game at

This week - probably nowt - but if you hang on a bit ... I've got some stuff from Friday - messing about with the new lens (plus extension tubes) - actually let's go for it now .... 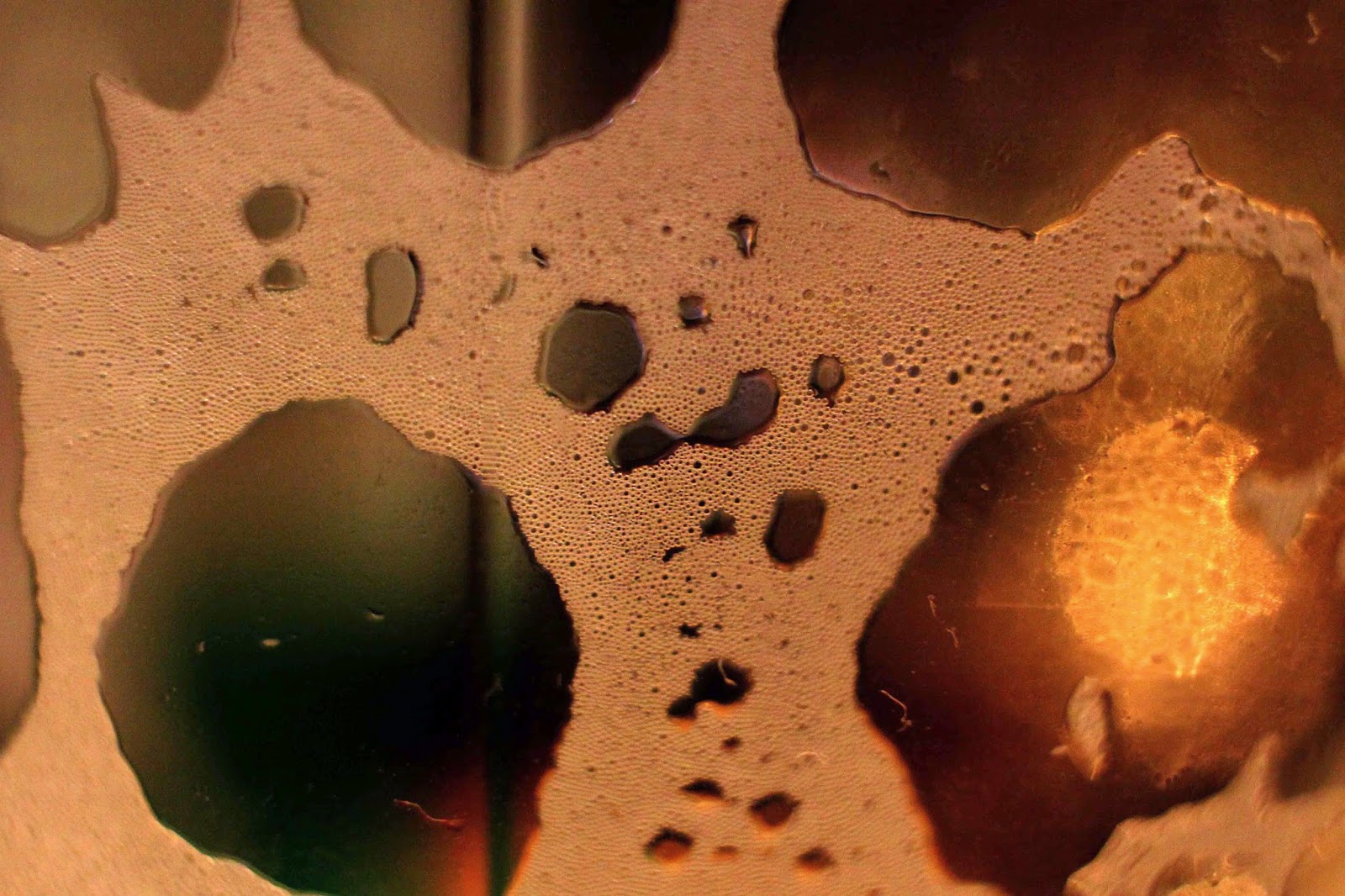 Yeah - goofed about on Friday - having been asked to come in to work on Thursday/Friday ... Thursday no probs - turned up Friday to find "sick person was well" (nice to be told !!!). SO went home. mucked about then went out with the 24mm lens - weather was sh*te so ended up messing about with it - plus extension tubes - in the pub.  Pics from the afternoon booze session at

The Sunday walk was interesting as well - a slight "communication breakdown" meant the camera never made it !!!! I've took some pics on the cameraphone - but I still need to download them (can't find the microSD adapter - give me time) - but I'm sure there's plenty up top for you to be going at !!!
. 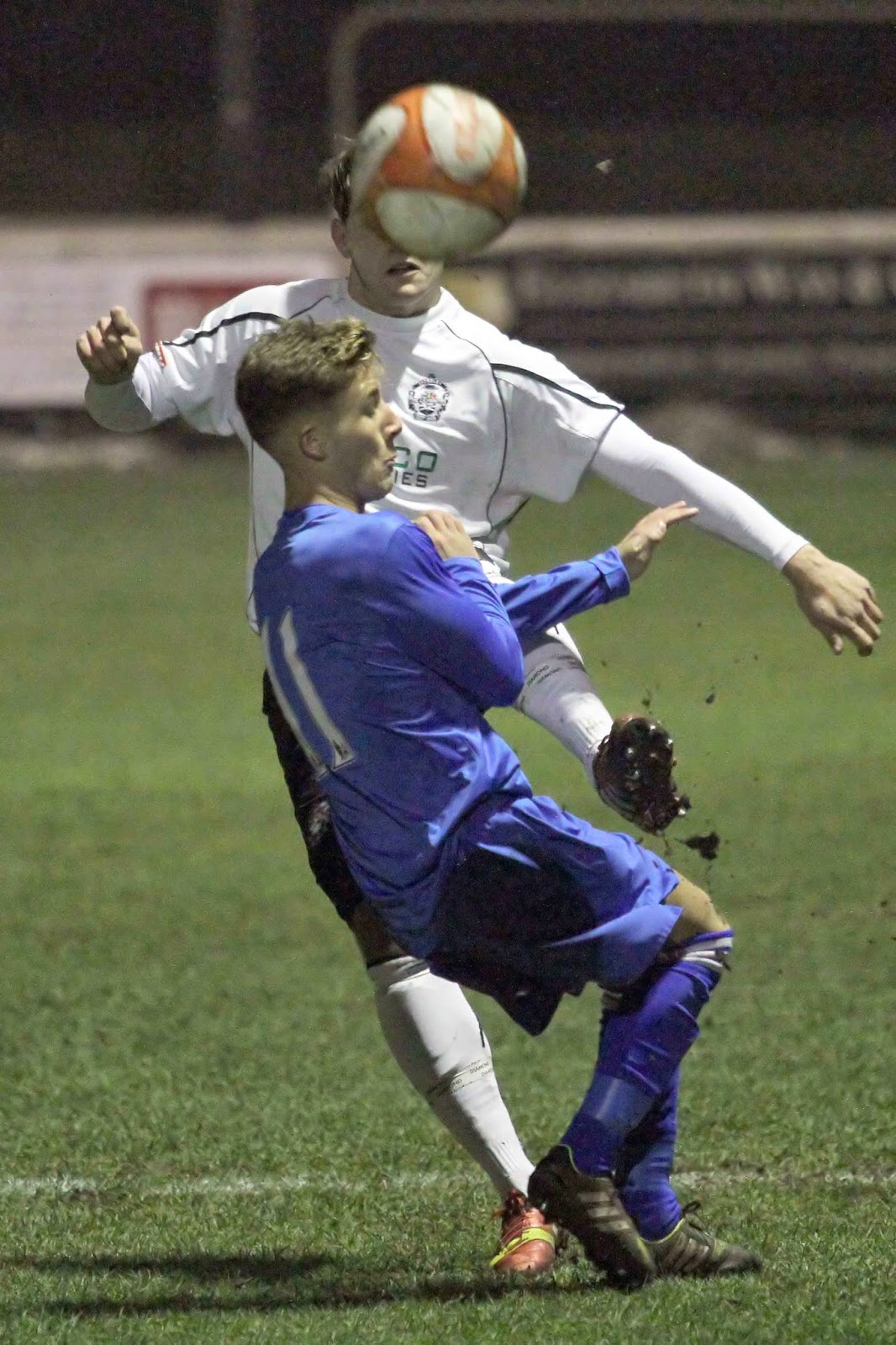 Man with head behind ball - OK it's John Bennett ...


Hooray Hooray ... it's a holiday week - enjoyed Monday (scanning in programme covers), enjoyed Tuesday (scanning in MORE programme covers) - thence to Seel Park for the Manky Prem Cup Semi versus Irlam.  Early goal settled the nerves (still sorting out camera settings - usual excuse - nowt to do with the pre-match pint - honest !!).  All went a bit "even" after that with Irlam stretching Mossley a bit (and Andy Farrimond in the Mossley goal having to do a bit !).

A goal for Mossley early doors in the second half (officially Tom Dean - but Andy Keogh did all the hard work) settled us few (OK 101) fans ... but credit to Irlam - maybe a "touch" physical (North West Counties ??) but still a few scares before Mossley put it to bed in the last five minutes with a couple more goals - which made the score slightly flattering in my humble opinion ...  pics from game at

So that was Thursday ... now to cook tea (Mediterranean Lamb).
.
Posted by Mike Smith at 17:53 No comments: 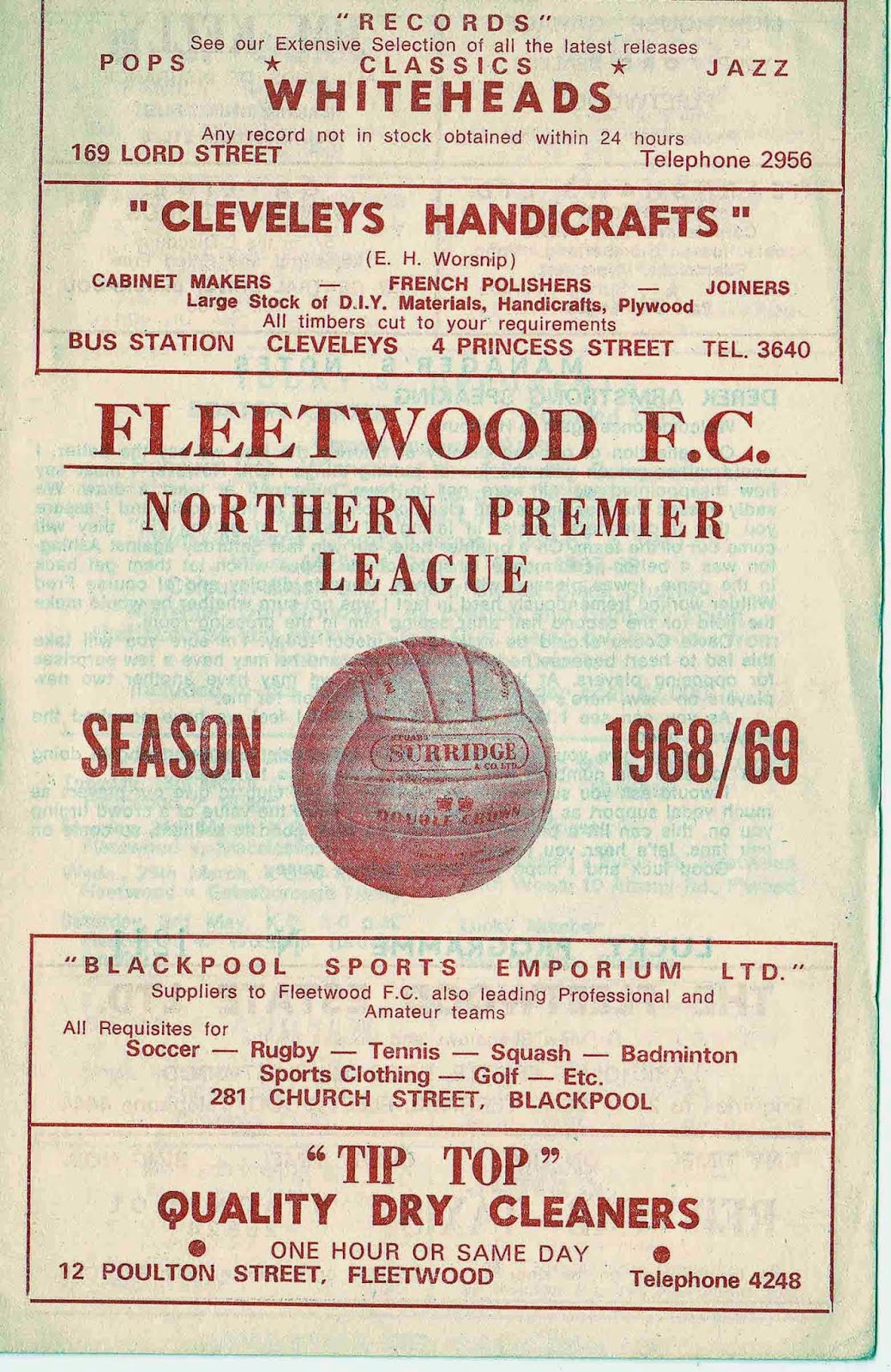 Plans were for the Curzon Ashton v Belper Town game - sadly when I got home from work I found out it was off.  By then it was too late to get to anywhere else .. so I sulked in the pub watching a ticker tape on Sky Sports News - not my favourite way of spending a Saturday.

Later on I started my "Job for the Week" - a week's holiday which involves "sorting out" a shed-load of football programmes (many of which need offloading - or according to Mrs Smiffy ALL of them !!).  Decision was made to scan in the covers.  First efforts are here ... going back to the very first year of the Northern Premier League ...

MONDAY - cracking on today as well - must have done over 150 covers ... to be announced !!!  At least there's proper football tomorrow.
.
Posted by Mike Smith at 21:25 No comments: 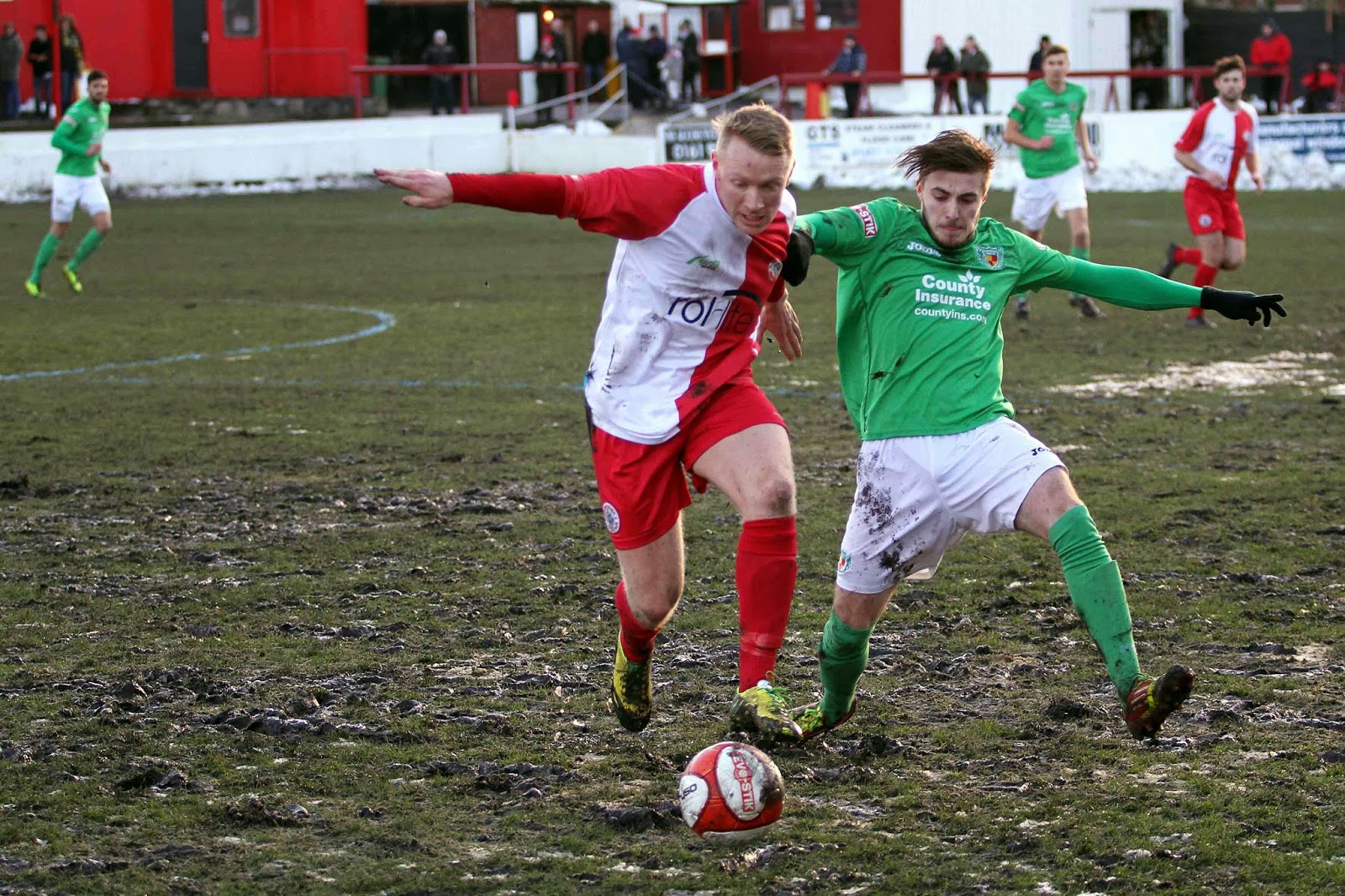 Work was fun ... three days' worth of mail to attempt to deliver on Saturday morning (deliveries had been suspended on Thursday and Friday).  Naturally a completely impossible task within our time (obviously no-one does overtime on Saturdays !!).  Monday will be fun - with some areas having four days' mail (plus parcels of course).  Anyway enough of that ... football ...

... and it was thanks to the sterling efforts of supporters, volunteers ... even the joint Managers - that this game was on - terrace clearing on Friday and pitch clearing on Saturday.  A 3-1 win for the home team made it all worthwhile - although Ashton DID go 0-1 down before sorting themselves. Pics from the game at 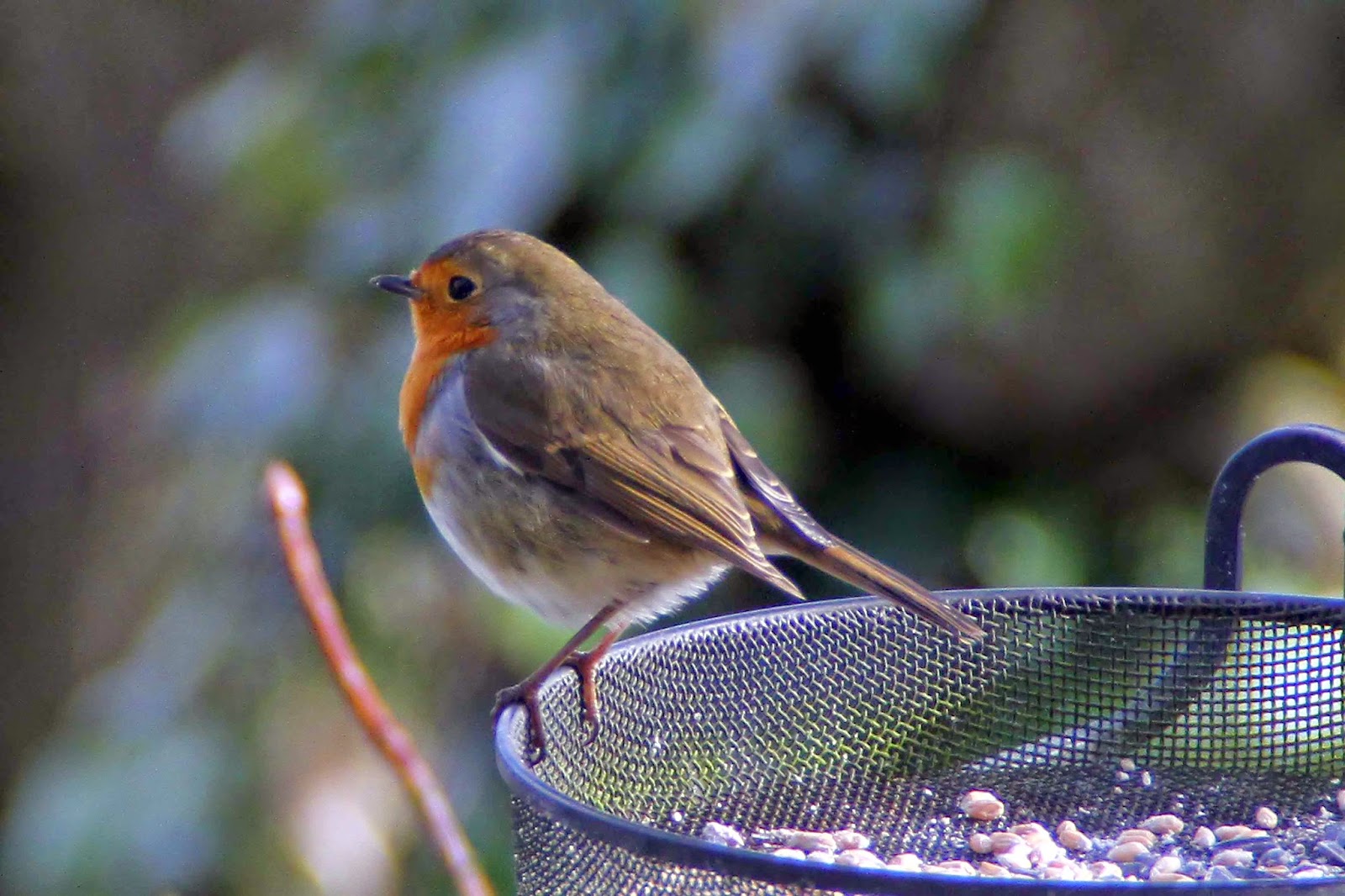