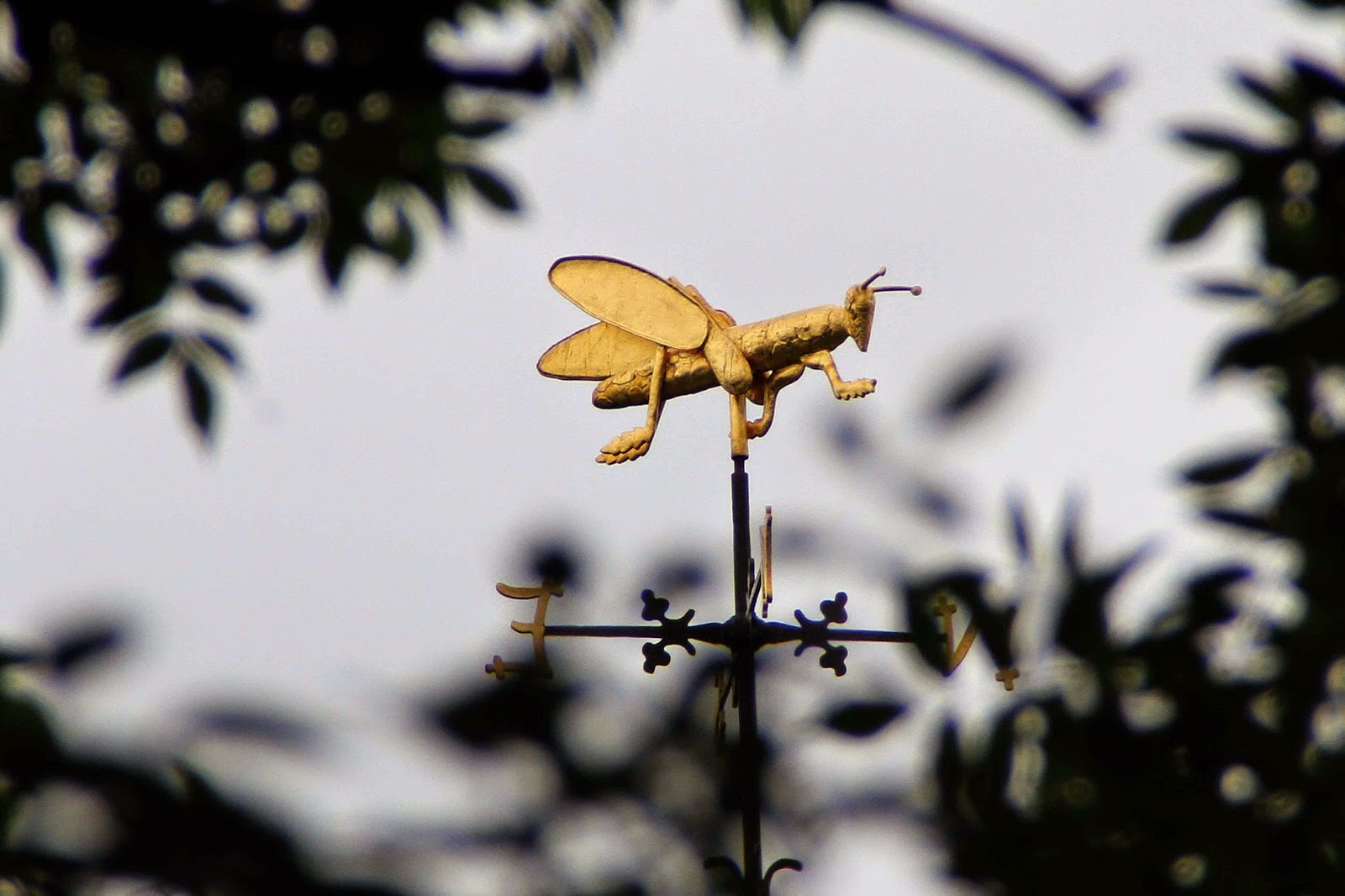 
Enough anger ... a weekend (OK 27+ hours after work etc) away starting down in Belper for a family birthday do - I say one birthday, but there's about 5 birthdays in June so the birthday cake candles had to be lit several times (and "Happy Birthday" sang a similar number of times as well !!). A quick χρόνος around the River Gardens (and more pictures) was followed by me sneaking off for some football (sad to note the manner of Chile's exit in the afternoon game ...).  First half in the "George" and second half in "Arkwrights Bar" (with a couple of very nice pints of Bumphill Brewery - Alfreton - "Drops of Jupiter" - sad to see Uruguay go out of course !!!!!!!!!!!!!!!!!!!!!!!!!!!!!!!!!!!!!!

Sunday - a bit of a wander around the Derbyshire Dales before home (large boy cooked so I managed most of the Netherlands/Mexico game).  A few pics from the weekend ...

Belper plus a Sunday Walk 29Jun14

... and now - in front of telly watching Costa Rica v Greece (on my laptop of course - Mrs Smiffy just NOT interested enough, despite having spent time working in Greece !).

I know I tried to set this one up as a "more pictures" site - but I'm going back into sixtamesides mode for this one "angry man" post ....

Thieves, crooks, criminals ... and these are the people in power in our country.  It's hard to know where to start - OK the Banking system ... PPI scandals, Libor scandals, Forex scandals and rogue trader scandals ... who picks up the tab ?? The honest working man/woman trying to save for their future - and they see 25 years worth of effort (through work, savings etc) blitzed because of all the above.

Then we have the Government/MPs/MEPs ... take your pick (any and EVERY political party) - claiming expenses for second houses, getting their lake cleaned etc - check out some of the facts here.  Now we discover that Cameron employed a crook (i.e. Andy Coulson) - which of course leads us on to scandals within the UK press (Leveson etc).

What else ... how about payday loans - 10 years ago we were seeing stories about "loan sharks" - then all of a sudden it became legal to charge 1500% interest on loans - and now we hear about Wonga sending out letters using fake legal company names to scare their customers - and getting a pitiful fine as well.

Never mind ... the European Union is all to blame for everything isn't it ??? Bring on Nigel Farage who not only gets his salary from that very same Union, but also claims expenses for his German-born wife ... and (lesser known) has claimed over £200,000 expenses for office space in Bognor Regis ... that was actually donated to UKIP for free !

Meanwhile we still have Fascists/Nationalists etc blaming immigration etc for the woes of our country.  We now have "Britain First" giving it their best shot via Facebook, using fake "Missing Girl" posters and hi-jacking the whole Lee Rigby story (much to the distress of his parents) in an attempt to encourage racial hatred - just another attempt to divert us all from where the REAL problem lies.

Get real peeps - we are all being screwed over by white English people in positions of power.  The sooner people realise this, the sooner we can get back on track - but don't expect any help from above - because they're all p*ssing in the same pot.

Rant over - I've probably missed out loads of other stuff  - it was a "stream of consciousness" type thing - I will try to get back to photos etc ASAP ...
.
.
Posted by Mike Smith at 00:04 No comments: 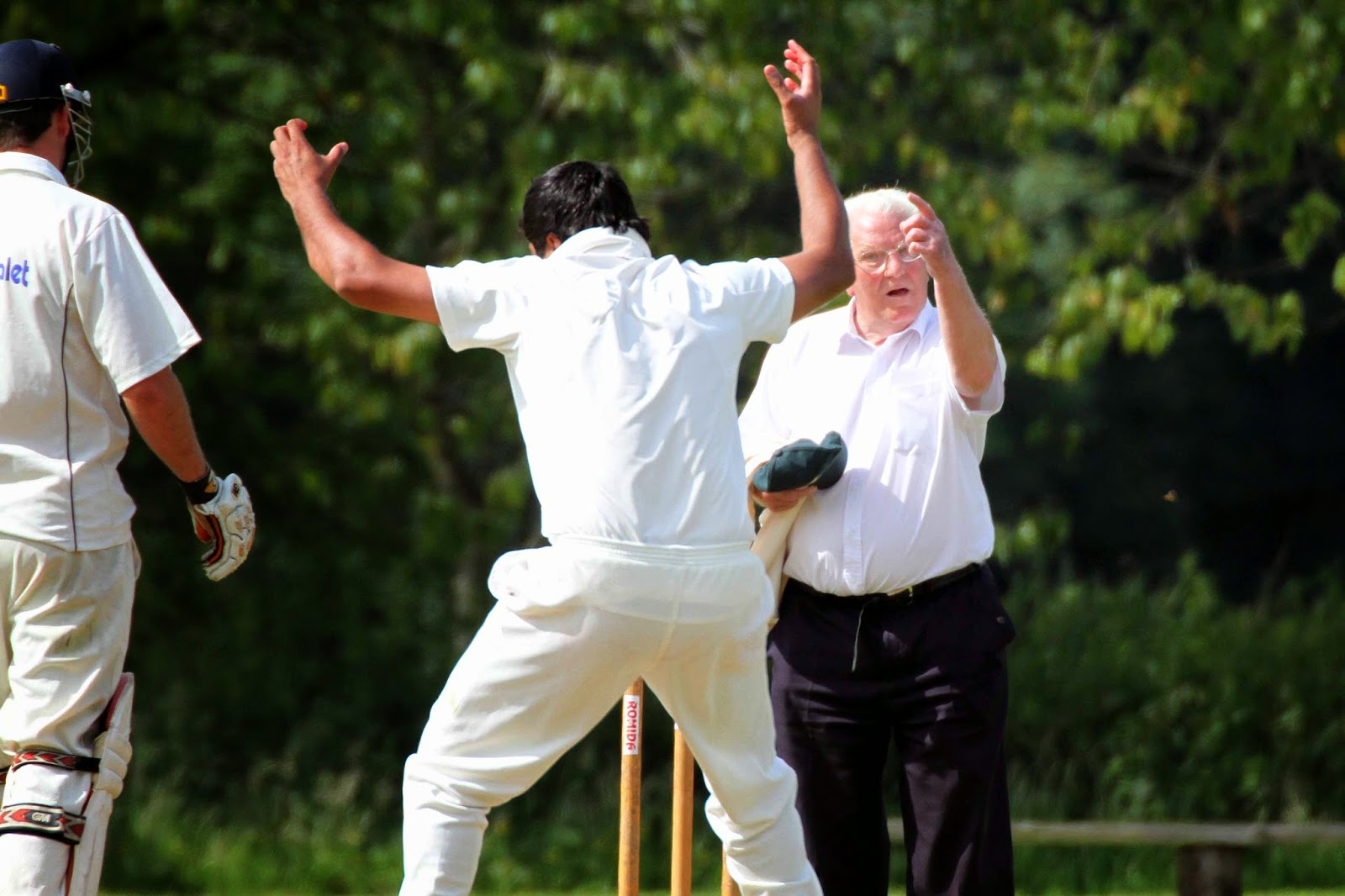 Bowler and Umpire "in agreement" !!!

Not a happy lens at all - just didn't want to work properly in AutoFocus mode - don't know about 8 frames per second - it was struggling with 8 frames a minute ... plus the Manual Focus ring was not working properly, so I ended up 'picking a spot' in AF, then flipping to Manual Focus and hoping for the best - which unfortunately severely restricted my options.  A few pictures at ...

Uppermill finished with 175 all out - I then had to leave to walk home, cook tea etc ... Saddleworth won by 6 wickets though ... 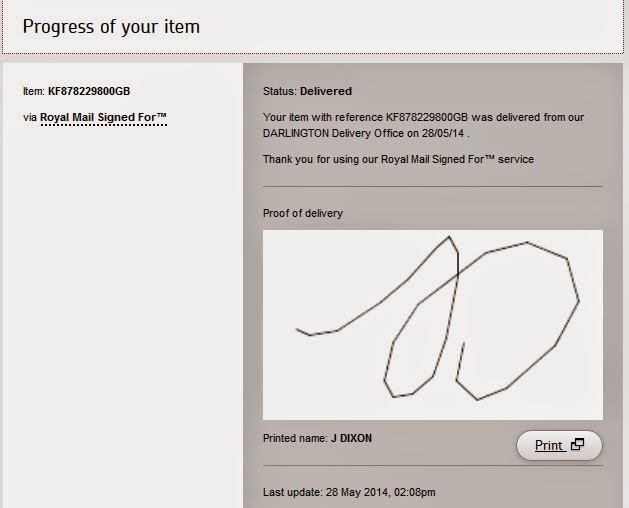 We've had some fun with these incompetents over the last few weeks I can tell you !!!   For those who don't know, SFE = Student Finance England, and we've had some fun trying to sort out small boy's student finance for next year.

1) Filled in all the forms - sent them off - checked with them after hearing nowt for two weeks - and I quote "We only seem to have Pages 1 and 2 on the system" - so obvioulsy some clown managed to cock up scanning them in.

2) Filled in all the forms - again - and this time sent them "Signed For" - see above ... checked with them again after two weeks - and I quote "We are unable to give you any details without written authority from the student - please ask him to get in touch with us".  He did - to find out that the application was "incomplete".  We then got back in touch - and got bolshie (well I did) - and the poor bugger on the end of the phone was so nervous/unsure/incapable.  At least he managed to give us a reference number - we'll be back on the case at the end of this week (plus small boy will be fighting his case online as well).

Student Finance England is based in Darlington - there is a Passport Office in Durham - I wonder if they're all too busy worrying about Darlington 1883's chances in the Evo-Stik League next season ??? Or maybe there's just NOT ENOUGH STAFF TO COPE ???? 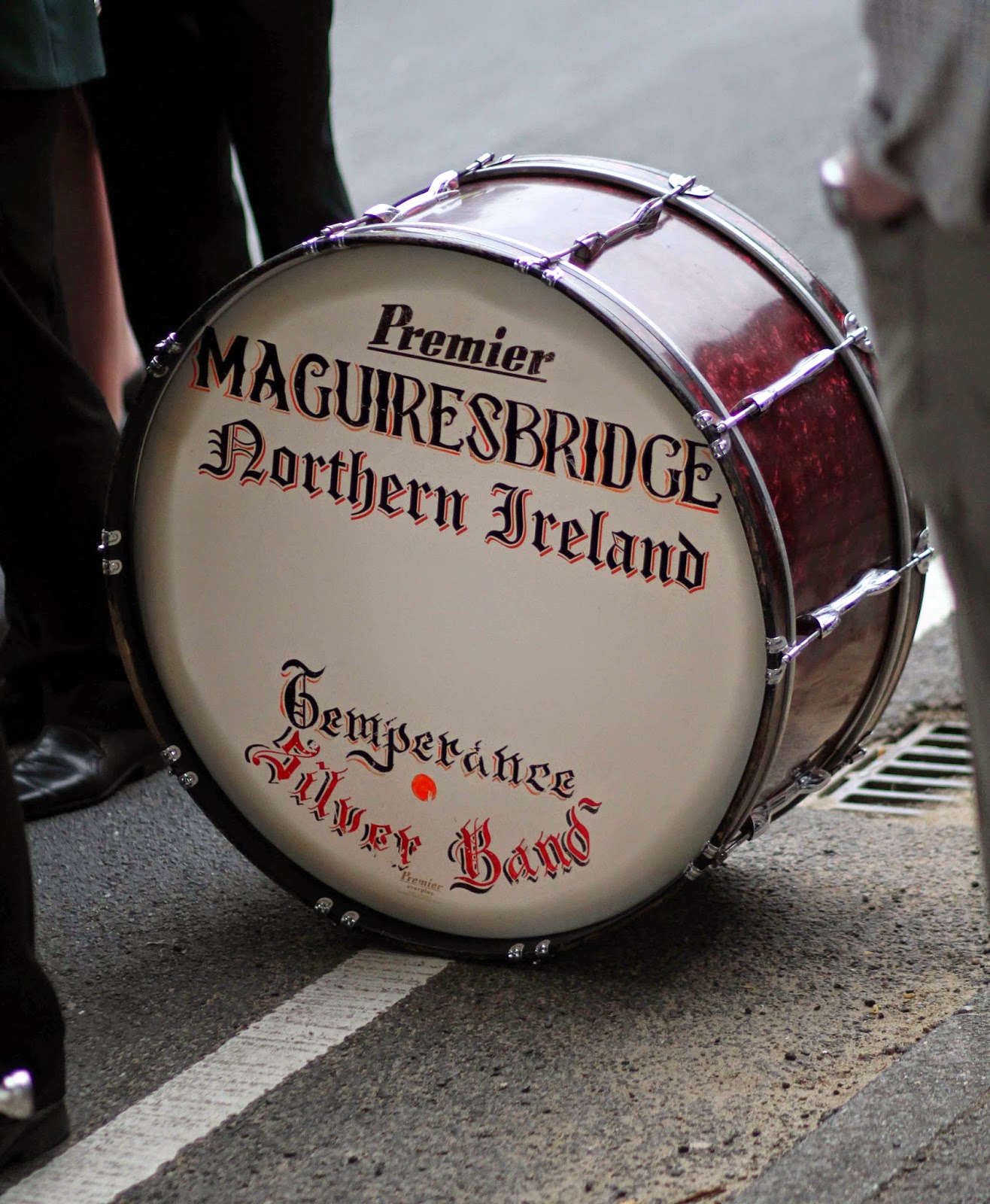 Not much "temperance" round here on a Whit Friday !!!


... early start at work to try and avoid all the road closures - successful in the most part !! This meant early finish, a couple of beers before heading home for quick snack and then a walk down the canal to the Friezland Contest (plus a pint of Millstone beer from the temporary bar), a walk up the the (much busier) Greenfield Contest before winding down in the "Clarence" (!!) and then walking home.   Excellent weather all day - we arrived home about 2230 hrs and it was still warm enough for a quick can in the back garden !


A few pics from the evening at

Another fairly good work day on Saturday (another early start mind) followed by a drive down to Belper (Mother-in-laws Birthday) - all out for a family meal (an Italian believe it or not), a quick snooze and then off out to the "George & Dragon" to watch the match.  Thought England played pretty well (there was actually some "flair" out there on the pitch - all these young 'uns I guess !), but the defensive problems were fairly apparent - and they need addressing if they are to progress.  Got back to Mother-in-Laws about 0120hrs - a few hours kip and then it was off to Stafford to see parents (Fathers Day etc).  Lunch, natter, sort out Mum's laptop (just can't get away from this computer stuff !) before heading home ... and this ...
.
Posted by Mike Smith at 18:39 No comments:

(... notwithstanding that dodgy pen that Brazil got last night)

The "AGM Cup" has certainly kicked in at the non-league level ... and even now I'm going to wait just a little bit longer before money (or lack of) straightens everything out ... it's a complete farce though isn't it ??? Clubs at non-league level punching beyond their financial weight - and in some cases (dare I say Lowestoft ?) cocking it up for others ...  when the whole fiasco is over it'll be interesting to see the full list ...
.
Posted by Mike Smith at 17:07 No comments: 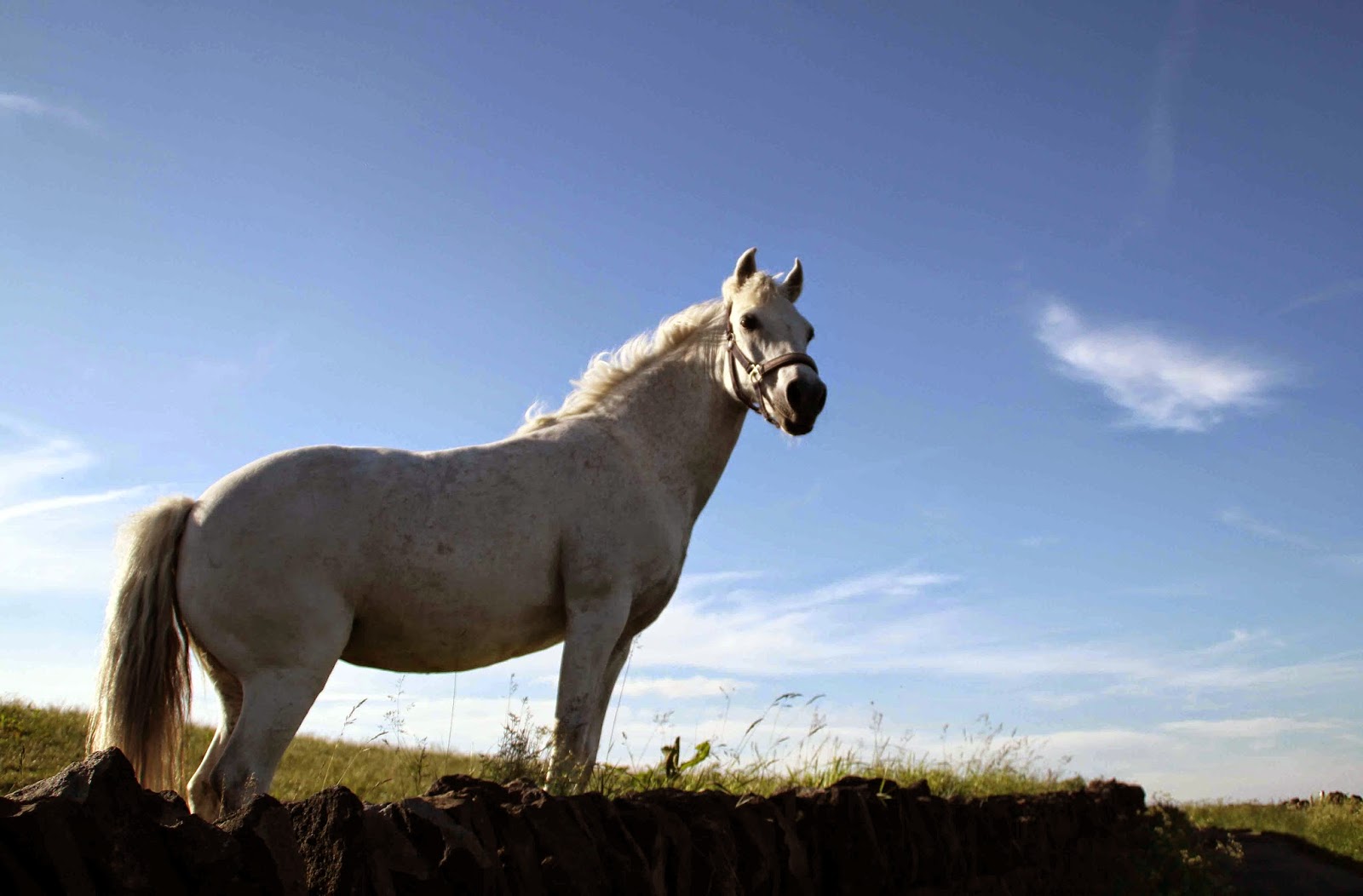 ... and after delivering all those bloody "Sun" newsapapers (apart from one house - see pics !!) we went out for a bit of a walk - well it was excellent weather and some people needed the exercise (not saying who ... in case she hits me !!). Pics from evening (plus a quickie from today @ Greenfield) at

... so Royal Mail warn everyone regarding changes in collection times ... spotted on a postbox "in my manor" today ... 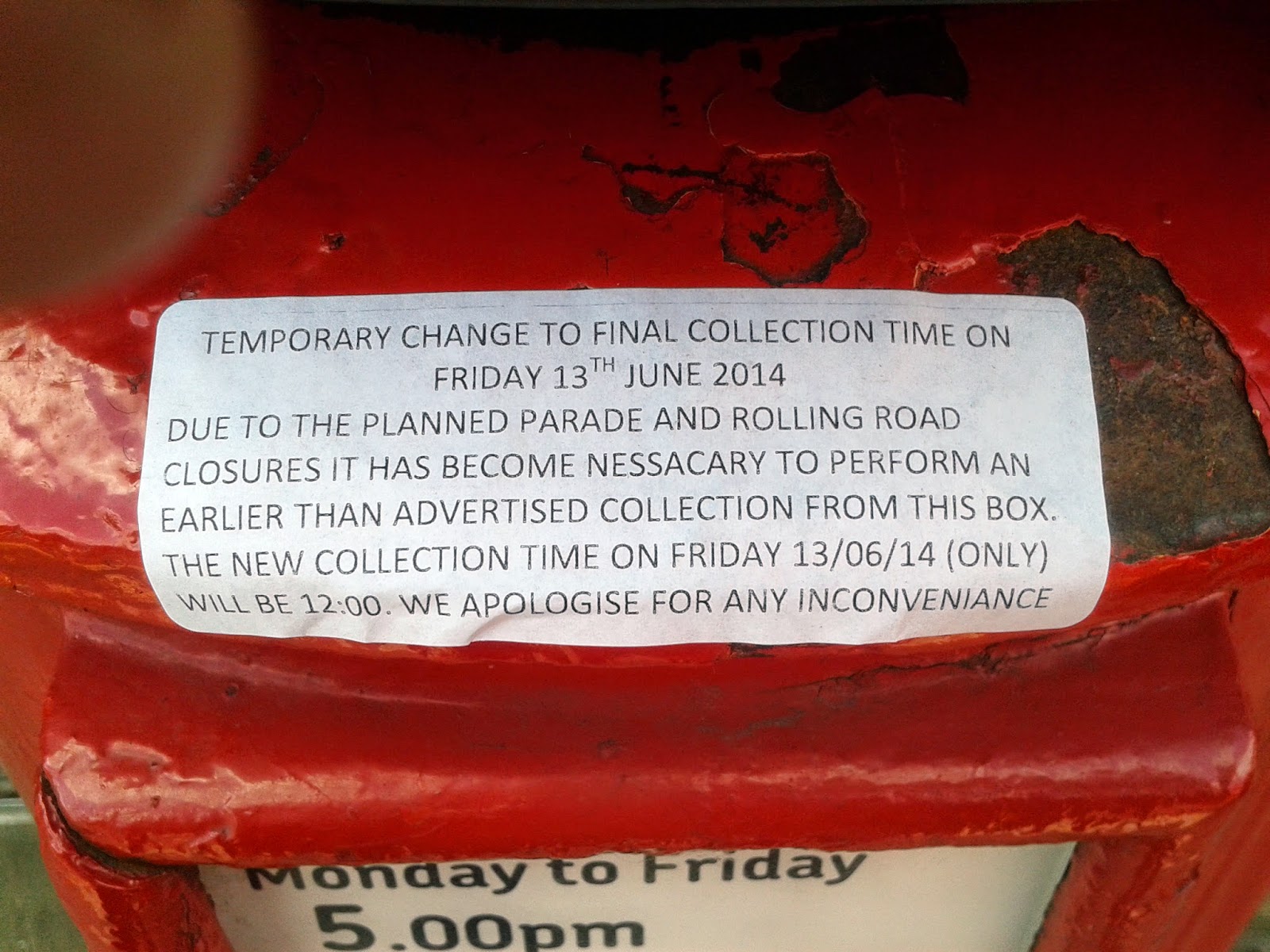 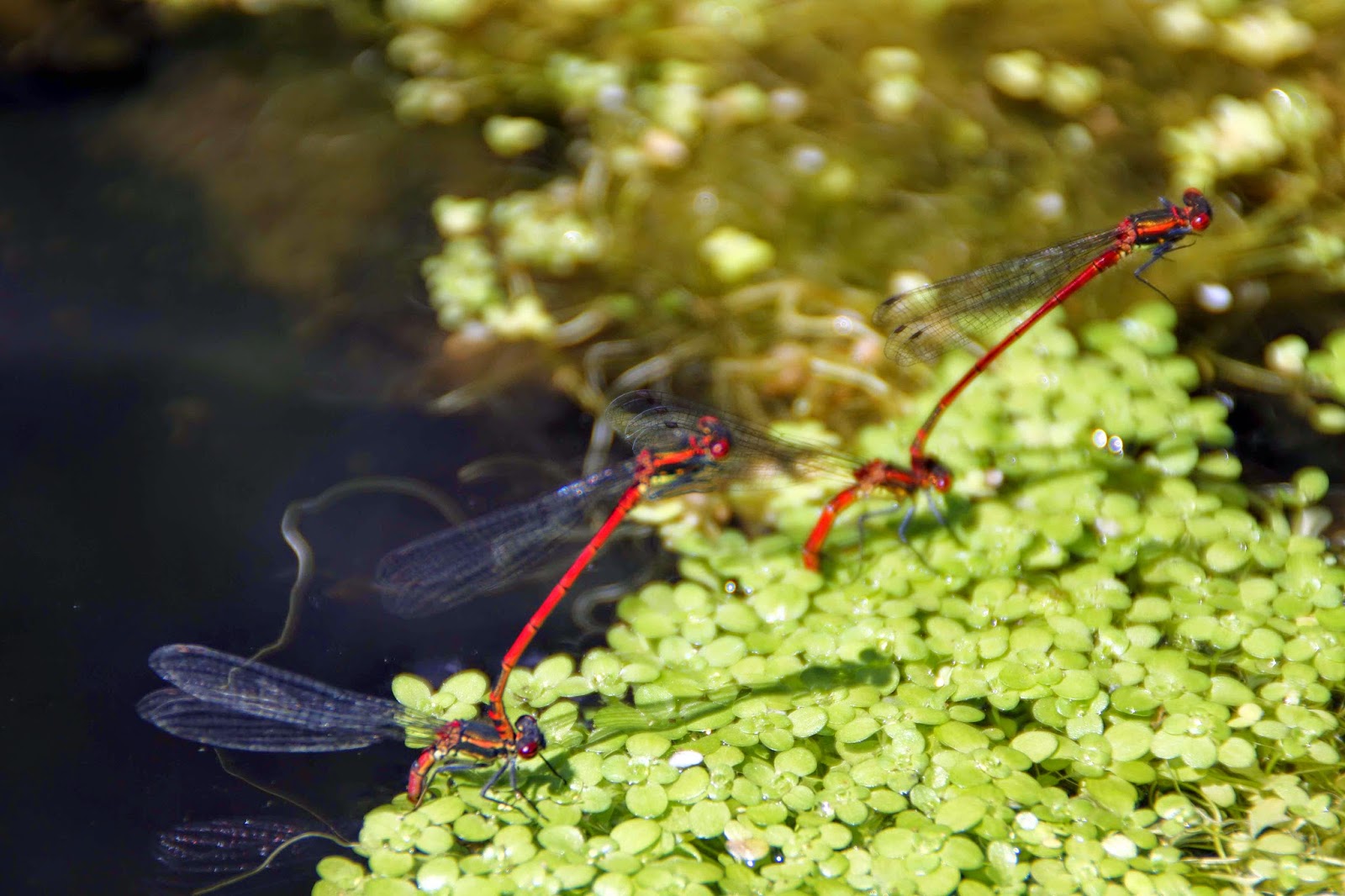 
... however - a very early finish today due to light mail etc etc (although a deal was done - you finish early today and don't book overtime on Thursday or Friday - when we will will be delivering a special "Sun" Newspaper to every house ... hmmm ...  I'm sure they can't wait for it !!!)

Whatever - home while the sun was still out so I grabbed camera and headed for the garden pond - we've kept it fairly "wild" - and if you look back a few years on the old site you'll see similar stuff - but it was good to see that the damsel flies still love it - and similarly the bees in the "fairly wild" bits of garden.  Some pics at 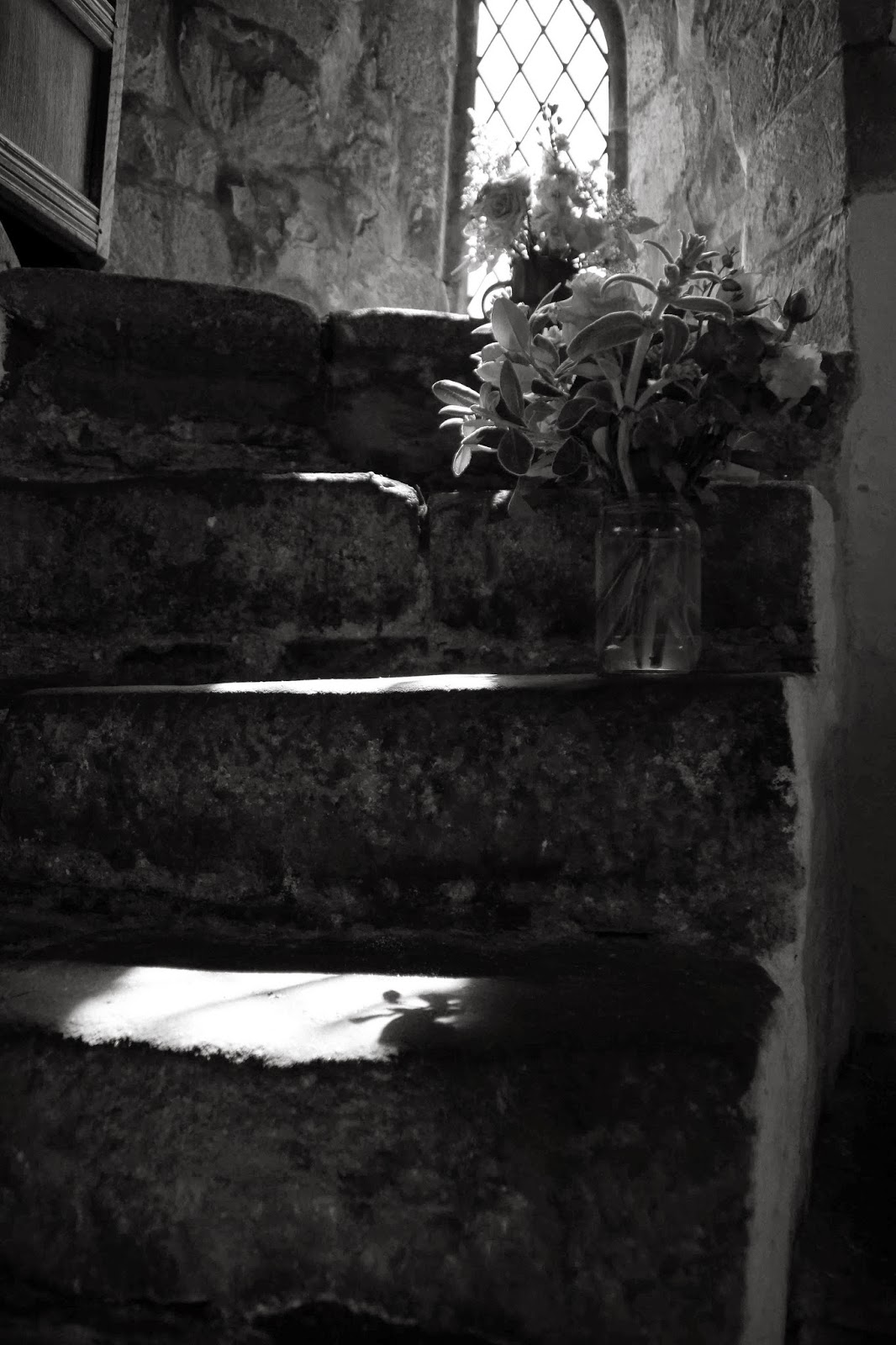 Weekend was spent working (Sat morning/afternoon) and then off to Rochdale for an evening at friends - Sunday we all went to Ribchester for a bit of a walk - just a few snaps (I'm getting lazy/relaxing/not much to snap - you choose !)