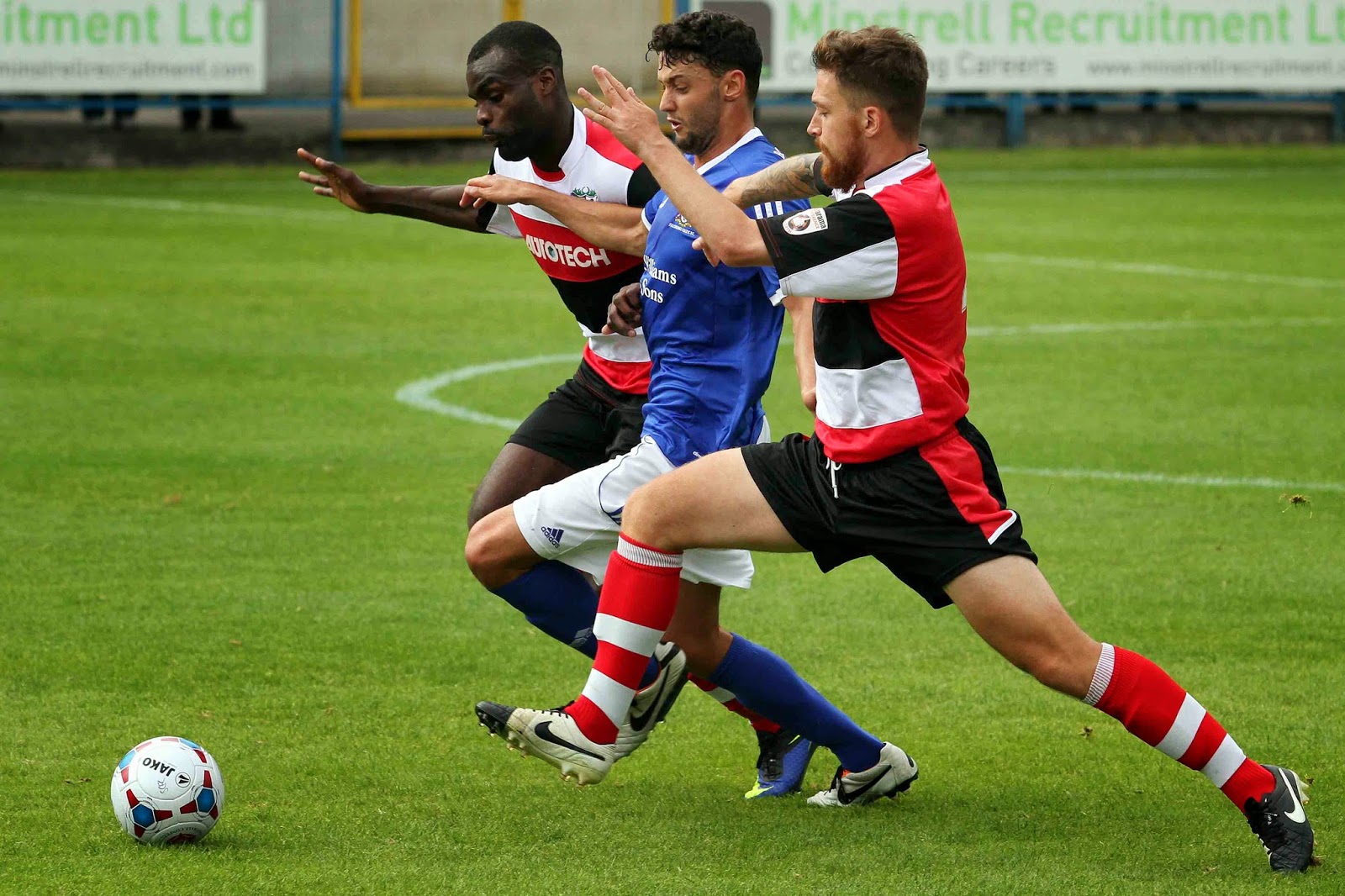 Solihull put the squeeze on ...

Finished work in good time to get up to Bower Fold for my first view of Celtic this season (and a first view of their excellent programme cover - even got my name on Page 3 !). There was an air of confidence around the ground after a win and a draw in their first two games - and Celtic started much the brighter with some slick passing and good pressure.  However (and there is always a "however" in these stories !), no goals were forthcoming, and the Moors gradually forced themselves into the game - and forced Celtic onto the back foot.  Some hesitancy at the back enabled Moors to take the lead just before half-time - and two more in the second half gave the visitors a comfortable win ... although 0-3 was a touch harsh on Celtic I feel.  Some pics from the game at

I wouldn't be too disheartened though - Celtic showed a lot more "collectiveness" in those first 20 minutes than I saw a lot of the time last season - a few tweaks at the back and they should get back on track.  Also spare a thought for some of the away support ... apparently stuck on the M6 somewhere 'twixt Birmingham and Manchester (not now of course !) - but some some it was a four and a half journey ... for others it was a game missed !!

As an aside - 'twas Day 1 in the Evo-Stik League yesterday and a couple of stand-out scores were Bamber Bridge 1 Droylsden 7 (seven) and Harrogate RA 5 Mossley 5 ... !!!! Other scores in "Six Tame Sides-land" saw Ashton United draw 2-2 at Belper Town, Curzon snatch a late 1-0 home win over Marine ... and I'm afraid Hyde are still struggling with a 1-3 reverse at Barrow.