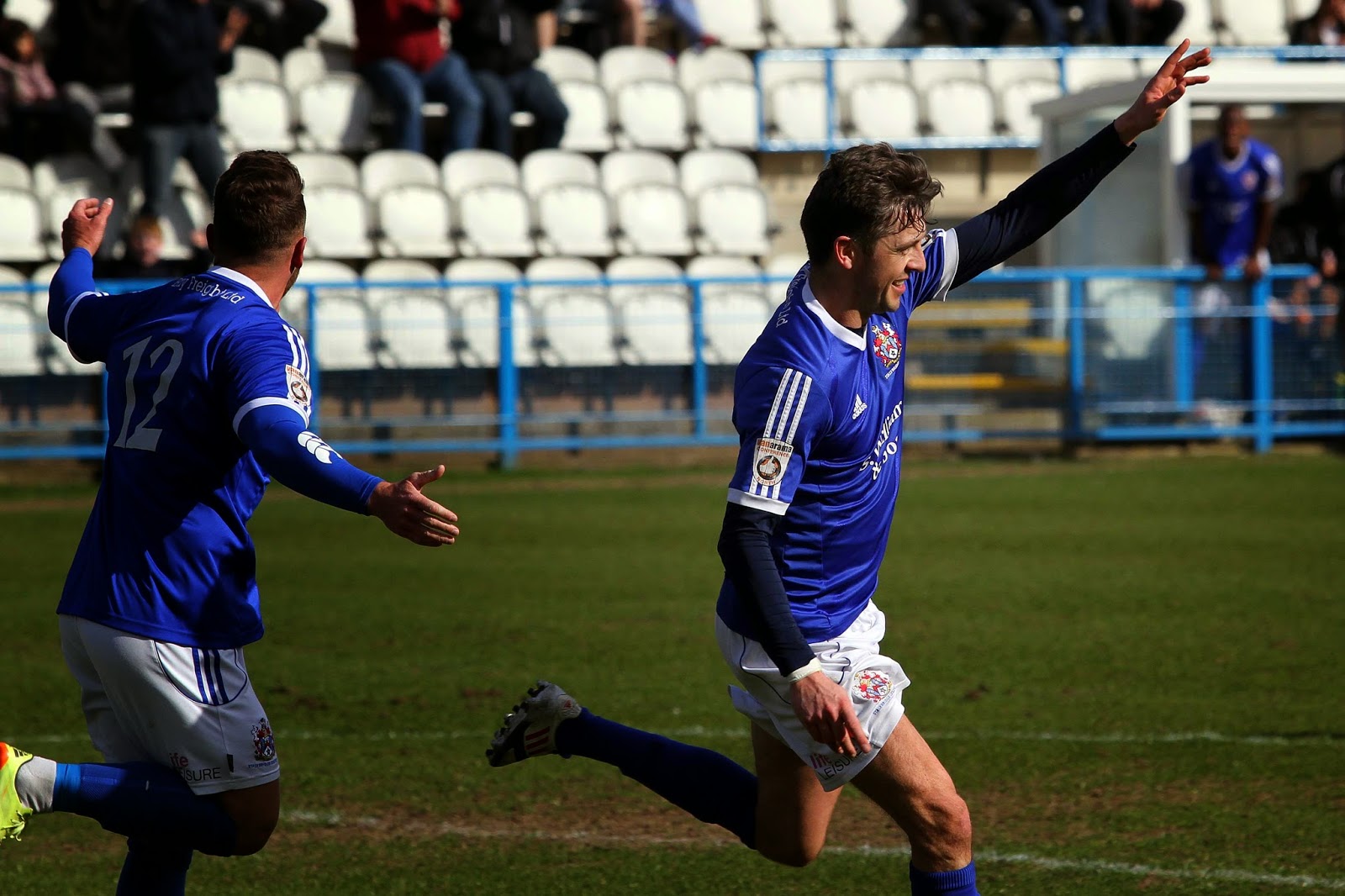 Worst possible start for the home team - as in a "Golden Goal" time of 1 (one) Minute !!!  For a while it looked like it was going to get even worse - Boston well on top and creating chances galore.  However as it moved towards half-time - and remained at just 0-1 - thoughts were moving towards the second half (probably after a half-time toasting from the boss of course !) when Celtic would be playing downhill.

And so it was - Celtic got back into the game - a triple substitution brought on more attacking options as well - and the equaliser from Powell was no more than they deserved.  Pics from game at

Still not out of the woods yet - some surprising results meant Celtic slip one place - just outside the bottom three.  However they do have a vital game in hand, and two of their final three games are at home.