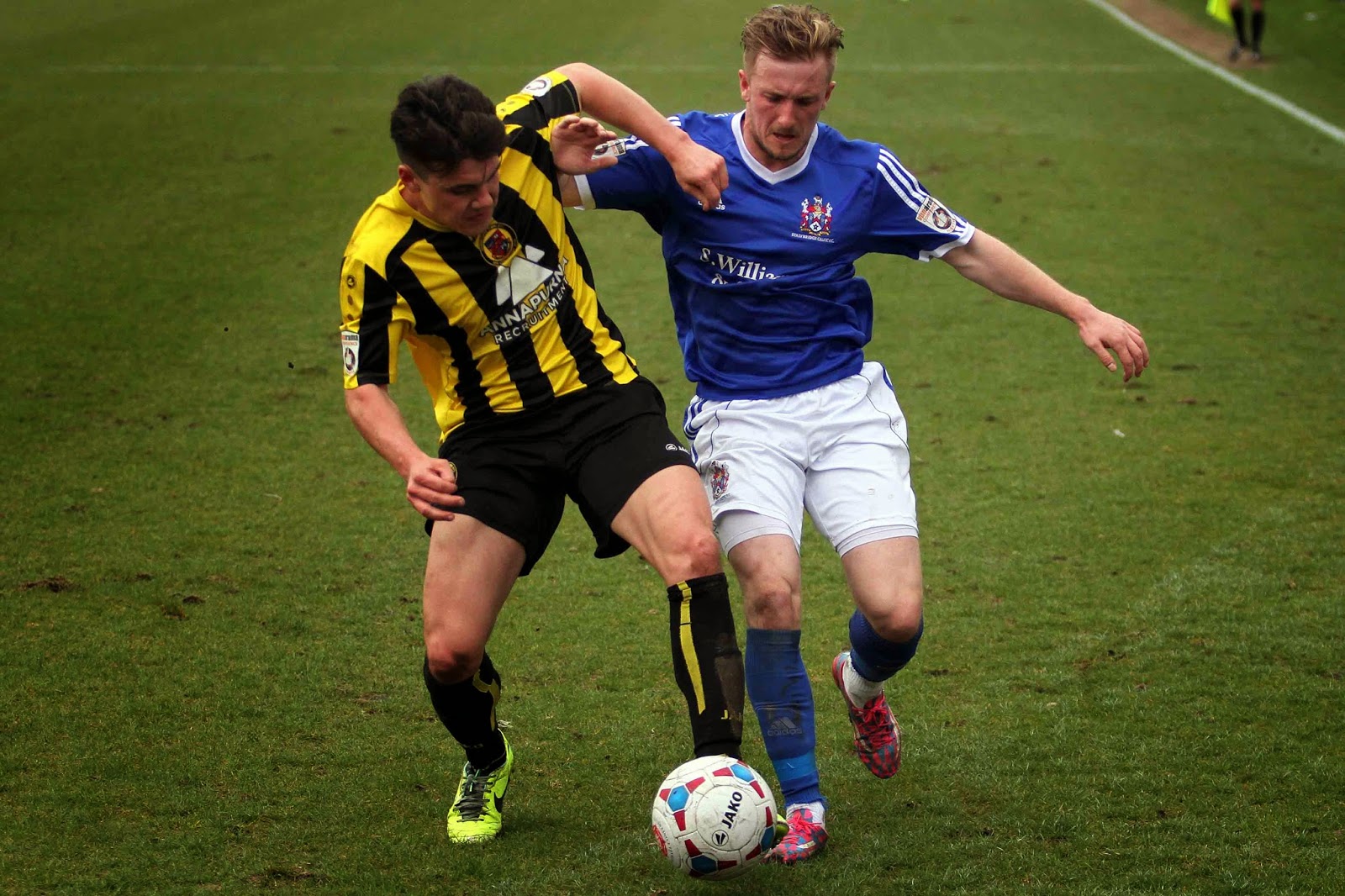 ... the latest in a "short line" of cup finals for Celtic in their attempt to avoid relegation ...

A fairly even - if low-key - first 20 minutes sparked into life with two goals in six minutes ... with Michael Powell turning from hero to villain in that short time !!  All square at half-time and Celtic kicked off downhill knowing that only a win would do.  It came - eventually - with what has been described a a "freak" winner by Aidan Chippendale with only a couple of minutes left (although if you actually look at my picture of the "cross-cum-shot", the facial expression - to me anyway - says that he meant it !!).  So ... three more points for Celtic - and with Brackley, Leamington and Colwyn Bay all losing - the "great escape" is still on ... pics from the game at

Easter Monday sees a trip to Guiseley (never a happy hunting ground for Stalybridge) - but who knows ?? If they show the same fight and passion that was shown on Saturday - you never know.

Mossley's play-off aspirations took a bit of a nose-dive with a 1-4 away defeat at Lancaster City - similar for Curzon Ashton with a surprise 0-1 home defeat to Nantwich Town.  Ashton United meanwhile continue to make progress with a 2-0 win away at Stamford.  Droylsden suffered a 2-5 reverse at Darlington - no game for Hyde.
.
Posted by Mike Smith at 08:27