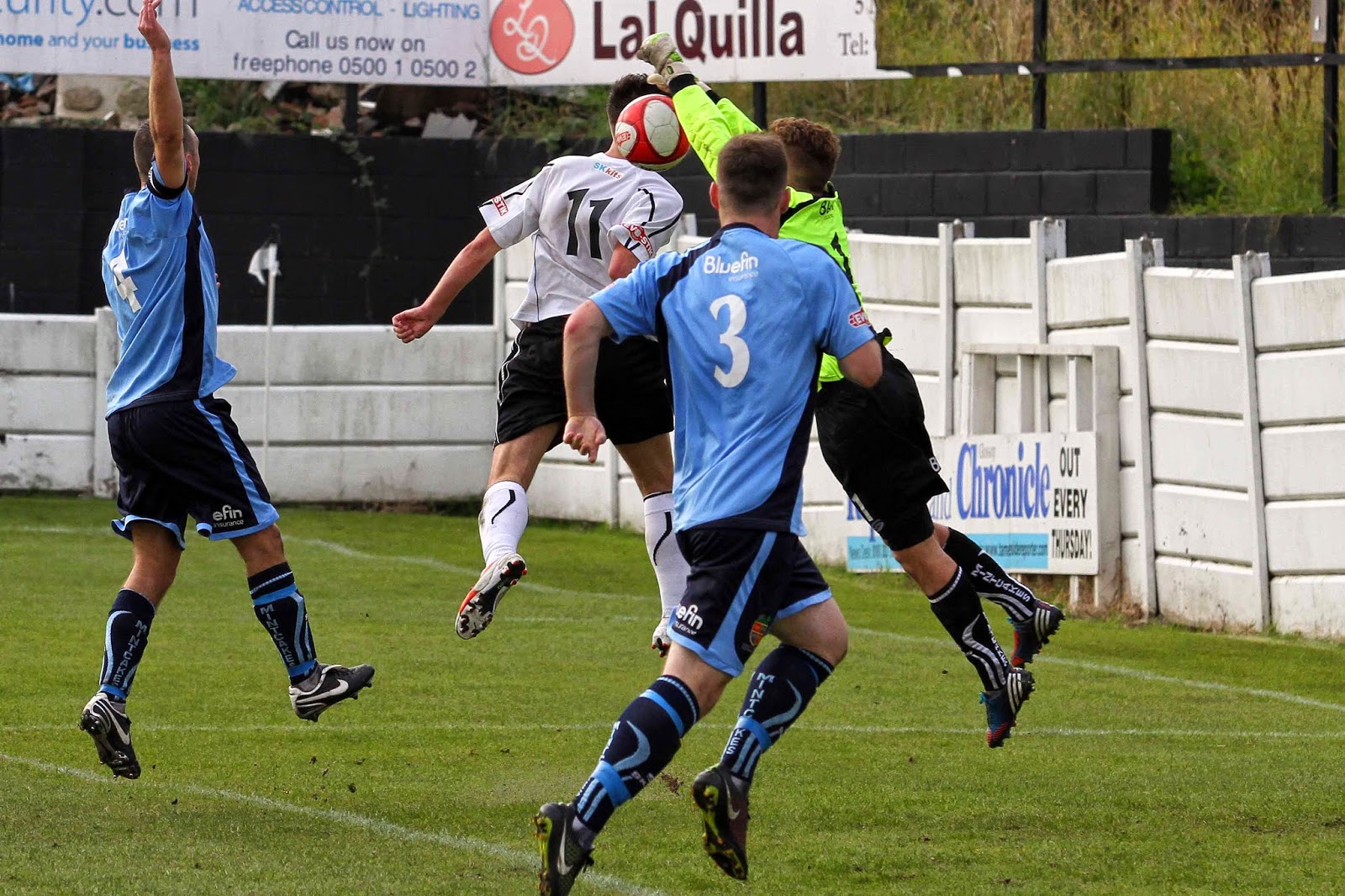 Not a good day at the "Mossley office" - and revenge for a Kendal Town (using the "New Manager" Card !) who Mossley beat 3-2 up at Parkside Road (OK the "Lancaster and Morecambe College Stadium" !!!) a few weeks back.

Mossley could have been 1-0 up in the first minute - in fact SHOULD have been 1-0 up in the first minute - from a free-kick awarded for a back pass which was handled on the line (see pics below).  If ... that bloody word !!  Seven minutes later Kendal were one up.  Mossley had made some changes from the midweek win against Scarborough ... and to be honest they did look somewhat disjointed.  Mitch Bryant was giving his all up front, but it seemed that everything was against him - weak officials, efficient defending (they'd sussed out the "danger man" and worked it well) - you could see the frustration building up (maybe a half-time substitution would have been a good move).

Second half - more of the same - and the "inevitable" red card arrived - and that killed it off for me anyway - three more goals for Kendal and Mossley's unbeaten run finished with a wimper ... in front of an attendance of just 104 ... oh dear in more ways than one.  Pics from game at

Sunday - busy - getting small boy off to University (amongst other jobs - to be grumbled about later).  Hopefully *rses will be kicked - and Mossley do have a friendly tonight (obviously I'm not there) where hopefully things can be sorted.  Football for me this week ?? Hopefully I'll get to Moor Lane tomorrow night to see the FA Cup Replay between Salford City and Ashton United.
.
Posted by Mike Smith at 20:47